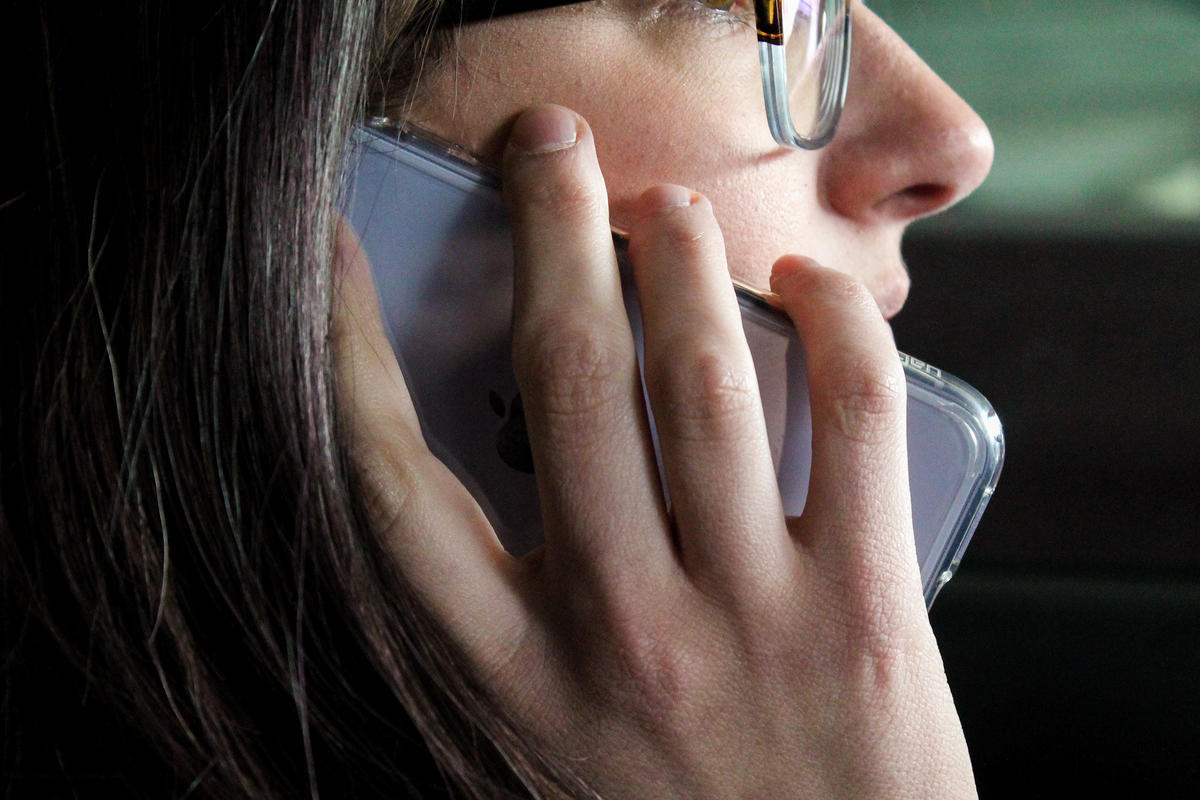 Beginning July 1, 2020, Indiana will ban the use of handheld phones while driving. (Lauren Chapman)

The 2020 legislative session ended in March – but many of the major education and health care measures passed by the state legislature go into effect on Wednesday.

Hoosiers can no longer use their cell phones while driving unless they’re hands-free, starting Wednesday.

Indiana Department of Transportation spokesperson Scott Manning said drivers can still use their cell phones – but they must use hands-free technology, like Bluetooth or speakerphone.

The hands-free law does have one exception – you can hold your cell phone in your hand to call 911.

Hoosier 18-, 19- and 20-year-olds can no longer legally buy smoking or vaping products under state law, starting Wednesday. After federal law made that change nationwide, the new Indiana law focused on harsher penalties for retailers who sell to those under 21.

The measure also doubles the fines for retailers who sell to underage buyers, with penalties up to $2,000 if they’re caught doing it three or more times in one year. And it requires sellers to card anyone who looks younger than 27.

A 2020 measure tightens restrictions in Indiana’s panhandling law, barring most forms of financial solicitation within 50 feet of any “financial transaction,” which includes ATMs, banks, stores, and parking meters. That effectively bans panhandling in downtown Indianapolis and other large cities.

The ACLU of Indiana has challenged the law. And on Tuesday, June 30, a federal judge blocked it from taking effect.

Another new law bars health care providers from charging out-of-network rates at an in-network facility unless they give the patient a “good faith estimate” at least five days in advance of any non-emergency procedure.

That law, however, likely doesn’t apply to what’s known as self-funded insurance plans, in which employers take on the risk in coverage. About 43 percent of Hoosiers have such a plan.

A new law opens the door to the Indiana Farm Bureau offering a group health plan, including sole proprietors. A few other state farm bureaus, including Tennessee, Kansas and Iowa, have created similar health plans for members.

READ MORE: Why A Farm Bureau Push For Health Plans Is Raising Concerns

This 2020 law builds on a 2016 anti-abortion statute that requires health care facilities to bury or cremate fetal remains. The new measure sets out procedures those facilities must follow.

It also allows – but does not require – women who have a medication-induced abortion at home to return any remains to the abortion provider.

Hoosiers can now be prescribed eye glasses and contact lenses via telemedicine.

There are some conditions: The patient must be between 18 and 55 years old and must have had an in-person eye exam within two years of the telemedicine prescription.

A new law may help smaller utilities to replace lead pipes owned by their customers.

Many homeowners don’t have the money to replace the last section of lead pipe leading to their homes. If a utility only replaces the pipes they own, it can disturb the homeowner’s lead line and cause more contamination.

That’s why in 2017, the state passed a law allowing investor-owned utilities to replace customer-owned pipes and recover the cost through rates. This 2020 law expands that to municipally-regulated utilities.

A new law requires schools to test for lead in drinking water.

Kids who get exposed to lead can have trouble learning, behavioral issues, and poor kidney function. The bill would require all schools that haven’t tested for lead at least once since 2016 to do so within the next two years.

Right now, schools aren’t required to participate in the statewide testing program through the Indiana Finance Authority. More than half of the schools that did participate in 2017 and 2018 had at least one fixture above the federal limit.

The new law aims to align Indiana’s workforce policies from preschool all the way to career preparation by adding more members to the Governor’s Workforce Cabinet.

The bill would increase the minimum membership of the cabinet from 23 to 32 people by adding representatives from schools, colleges, state political caucuses and business organizations. It also requires the governor to appoint a representative from a technology company to the cabinet.

The new law aims to help local governments cut costs by allowing them to fix or reconstruct a drain in a state wetland without a permit from the Indiana Department of Environmental Management.

It can cost counties thousands of taxpayer dollars just to determine if a drain is in a wetland or if they need a permit — much more than the cost of repairing the drain itself.

But environmentalists raised concerns over the law as it moved through the legislature. They argued that fixes like cleaning or clearing obstructions from a drain are already exempt — this law would allow more invasive work in wetlands.

Previous law said minors under 18 years old must get parental consent to get married, while girls as young as 15 could wed if they were pregnant. Now, parental consent and pregnancy are not factors.

Instead, minors older than 15 must prove to a court that they’re mature and self-sufficient to get married.

More than 500 Hoosier minors have gotten married in the last five years, the vast majority of them girls.

A new law bans companies from mandatory microchipping of employees. Although it seems like science fiction, the practice is growing more common in Europe and Asia.

In other countries, implanted RFID microchips are sometimes used for accessing workplace amenities like parking garages, vending machines and even computers. And although the new law doesn’t make it illegal for Hoosiers to be voluntary microchipped, it would make it illegal to require one for work.