Bloomington To Get Baby Box For Abandoned Newborns 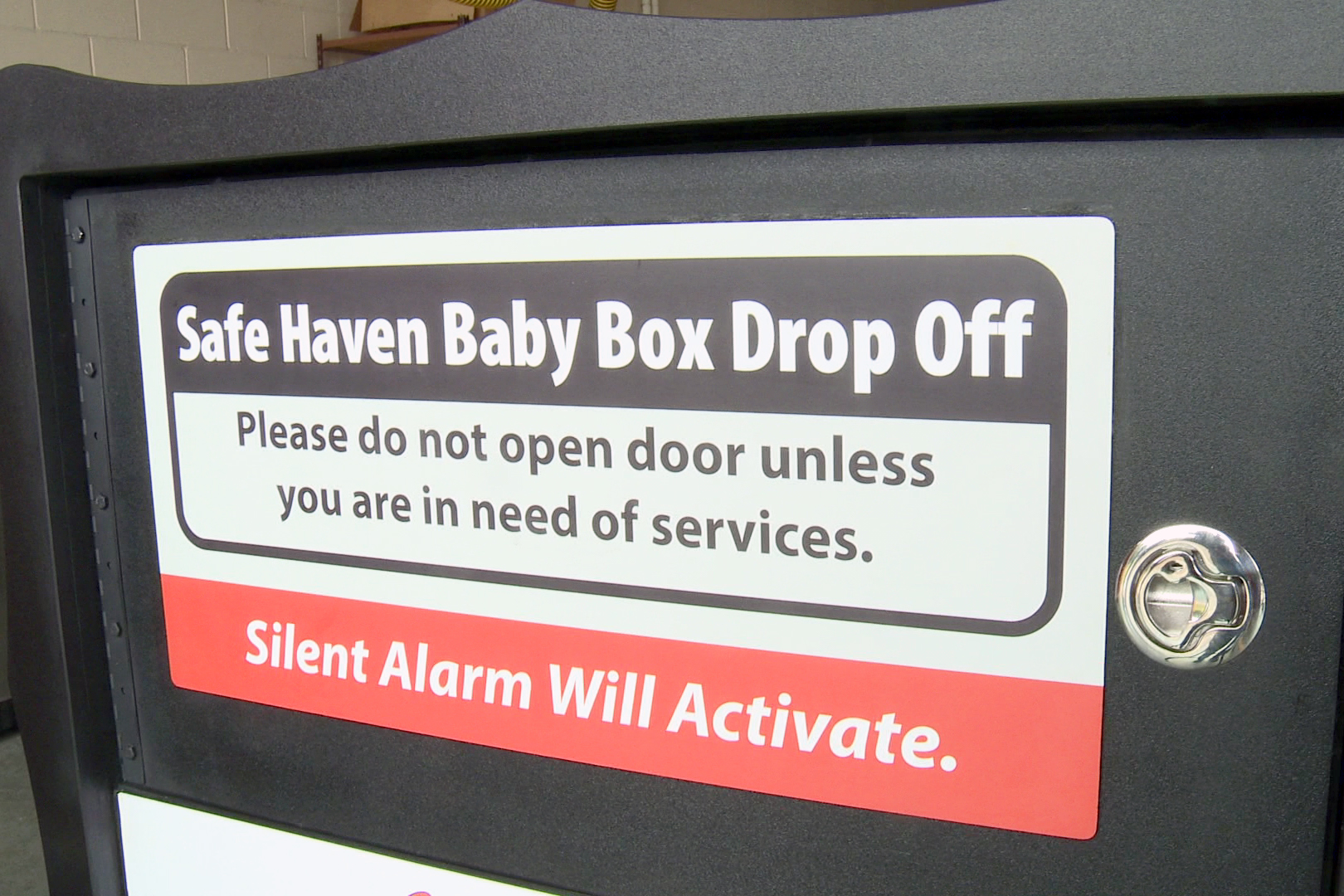 Baby boxes are padded, climate-controlled boxes where people can leave newborns safely and anonymously at hospitals or firehouse. (WFIU/WTIU News)

Bloomington will be the future home of Indiana’s 32nd Baby Box — a safe place for parents in crisis to anonymously and legally surrender an infant.

Baby boxes are padded, climate-controlled boxes where people can leave newborns safely and anonymously at hospitals or firehouse.

The boxes have a door to the outside of a building – usually a hospital or a fire station. When they’re opened, an alarm sounds to alert on-duty staff, nearby volunteers or emergency dispatchers that a child has been placed there.

This is Bloomington’s first baby box. It will be located at the Bloomington Fire Station at 300 East 4th Street, Safe Haven Baby Boxes said in a statement. The box is at the west side of the station​ and will be available to the public starting Wednesday.

There will also be a ceremonial blessing of the box at the station Wednesday at 10:30 a.m.

Safe Haven Baby Boxes founder Monica Kelsey, who was herself abandoned as an infant, said the effort to equip firehouses with the boxes aims to eliminate situations where babies are placed in danger by women or parents seeking to abandon their infants.

“So far in 2020​, 4 babies have been safely in a Safe Haven Baby Box and we have assisted with 16 surrenders directly to hospital staff or first responders,” Kelsey said. “​We have been working tirelessly to support those in need, not only women in Indiana, but also in every state in the United States and in Canada.”

According to Safe Haven, parents in crisis want and need anonymity due to concerns that they’ll be recognized or fear of prosecution due to ignorance or misunderstanding of laws protecting them when surrendering a child safely.

The boxes are legal because Indiana is one of five states that have a Safe Haven law.

That law allows a person to anonymously surrender a healthy baby 30 days old or younger at any hospital emergency room, police or fire station without fear of criminal prosecution.

Cathy Knapp and The Associated Press contributed to this report.