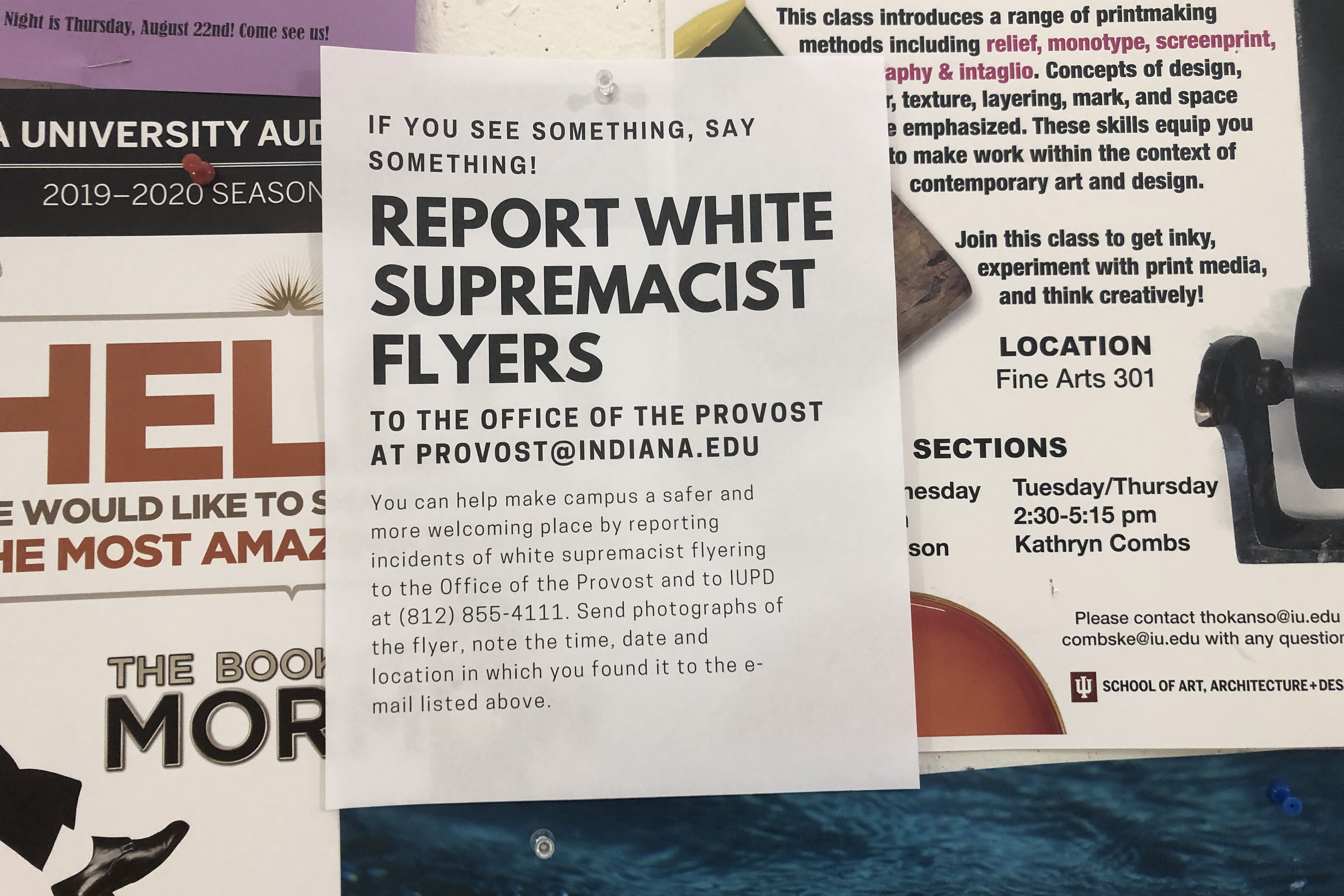 The U.S. Department of Homeland Security says white supremacy "is one of the most potent forces driving domestic terrorism." (Barbara Brosher, WFIU/WTIU News)

"It takes courage for us as a society to dismantle our historic and systemic racist practices and inequalities," council vice president Jim Sims says. "I believe this resolution is a good start toward getting there."

The language in the resolution says Bloomington has a responsibility to oppose and eradicate racism and racial bias in the community.

Sims noted that the resolution had been in the works for years. There was no mention of last summer's controversy involving an Identitarian vendor at the city farmers' market that provoked a months-long discourse about race and free speech issues in Bloomington.

"It's evermore important that we take a stand in defiance against these acts," councilmember Dave Rollo says.

The resolution says approximately 940 white nationalist groups exist nationwide according to several agencies that monitor hate groups. It also mentions the 1999 murder of Korean international student Won-Joon Yoon, who was killed by a white supremacist near IU's campus on the Fourth of July.

"I remember it still to this day. It was absolutely unforgettable," councilmember Susan Sandberg says. "But I'm so proud of how it brought this community together."

The meeting's discussion brought back several memories from that tragic day, and it also reinforced the idea that the community can always do more for racial equality.

"We will not accept hatred in this community. This must be followed up with actions," councilmember Isabel Piedmont-Smith says.

The council unanimously passed the resolution.

"This is a document Bloomington can be forever proud of," Sandberg says.