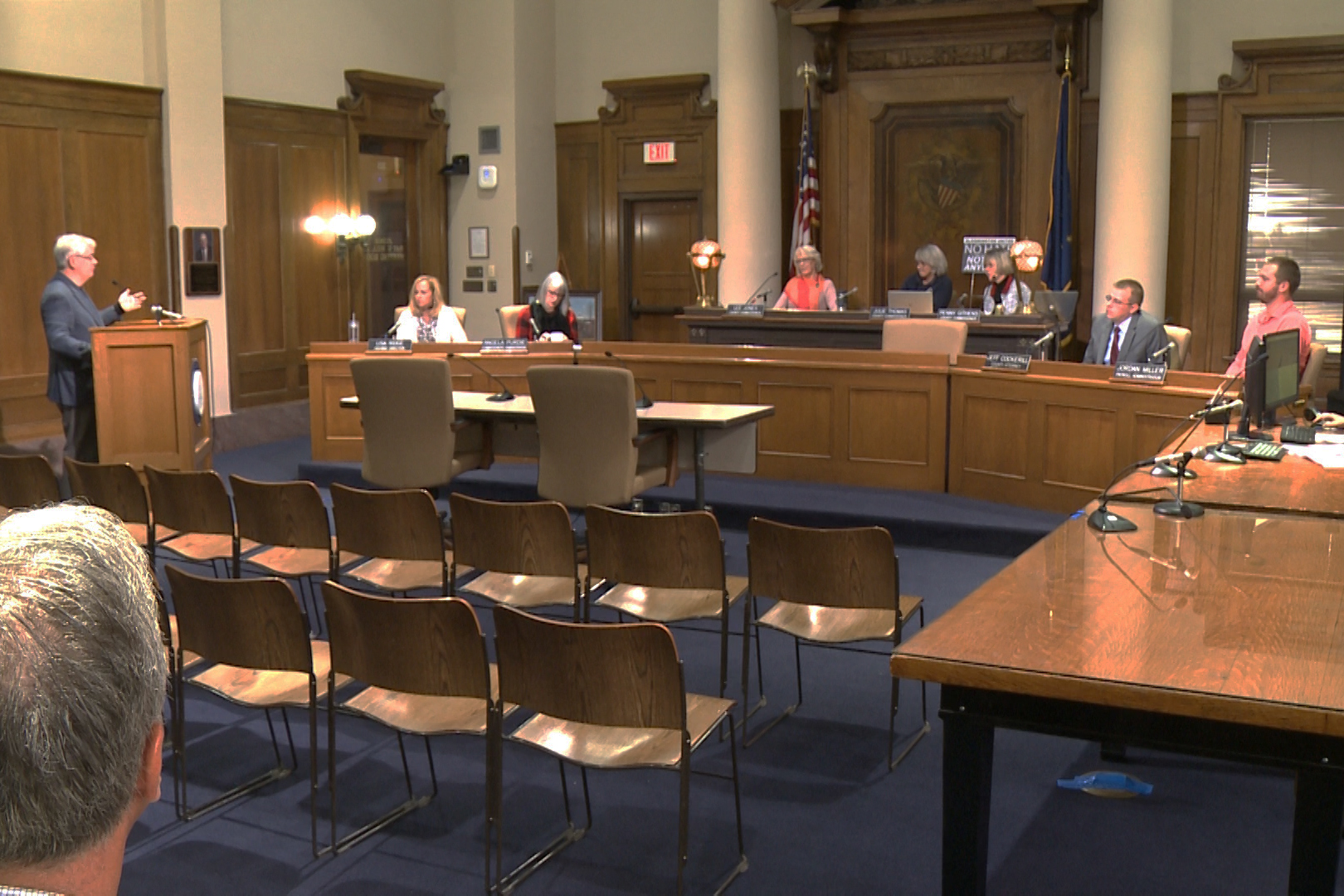 Hamilton and members of the Monroe County Commissioners discussing the future of the convention center. (Tyler Lake, WTIU/WFIU News)

Hamilton joined the commissioners at their meeting Wednesday morning to discuss the creation of a capital improvement board or CIB that would function as a governing body for the expanded convention center.

But the conversation didn’t get far before disagreement emerged. Hamilton pushed to form a CIB while simultaneously moving forward with design plans for the expansion.

“The city feels very strongly as did a clear majority of the group of 20 that we also continue the design and build efforts previously led by our jointly appointed steering committee,” Hamilton says.

But commissioners say they would rather form a CIB and then have that body take on the work of finalizing expansion plans.

Geoff McKim sits on the Monroe County Council and attended the meeting to see where the mayor and commissioners stood on the issues. He says consensus is key to keep the convention center expansion moving forward.

“Both owners need to agree on a process that will get them towards agreement on the site plan,” he says.

McKim and other members of the county council will look at the CIB during their meeting next week.

The convention center expansion will be paid for by a food and beverage tax which currently brings in about $3 million a year. By summer those reserves could reach around $6 million.