Local Teen Shares His Experience and Wisdom Through Podcasting 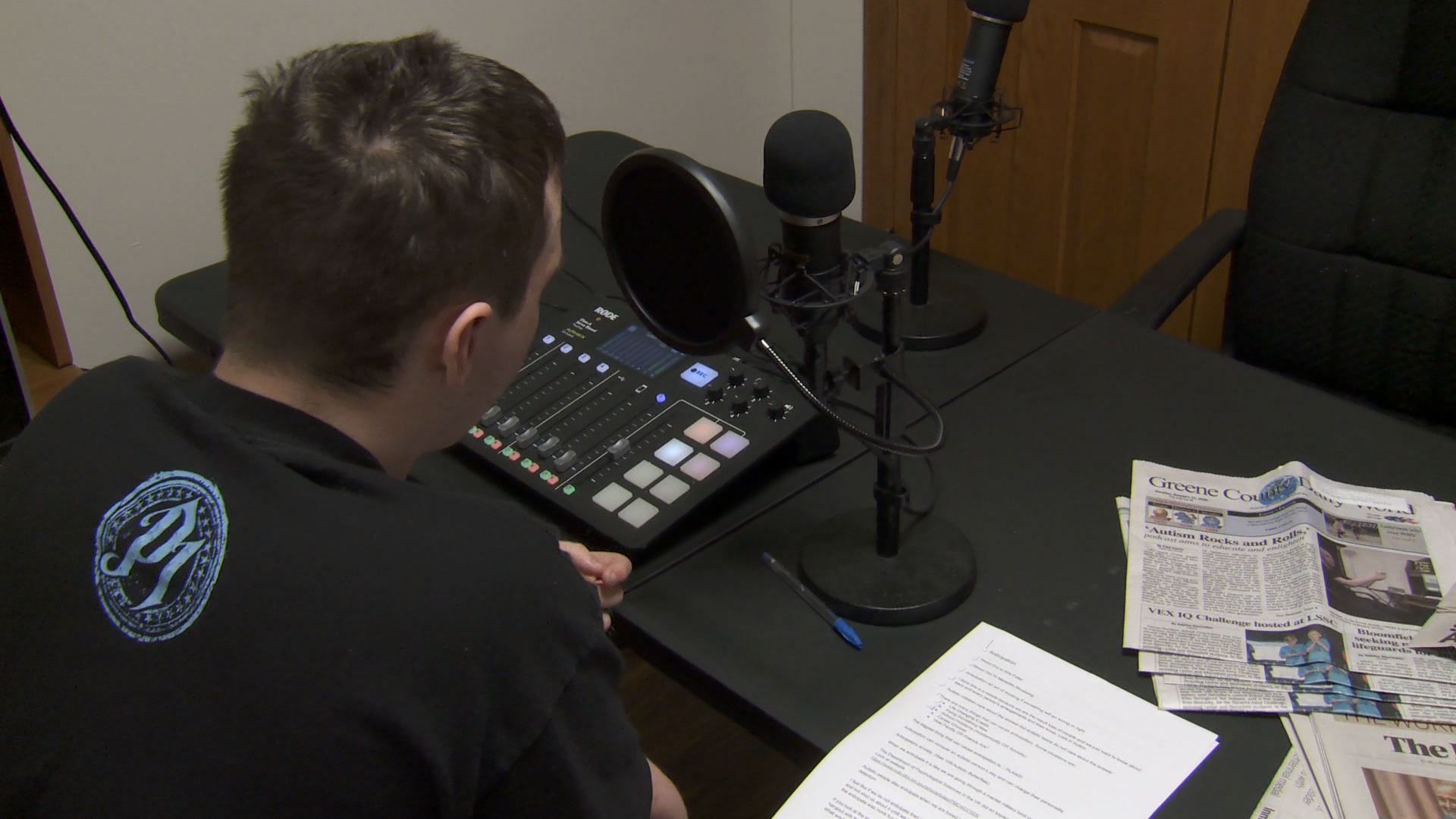 Sam Mitchell is a pretty typical 17-year-old high school student, with one exception: He has a successful podcast with nearly 2,000 downloads and 200 followers.

Gina Mitchell is Sam’s mother; she said he was diagnosed with Asperger’s syndrome at the age of 4. Like all parents who have a child on the spectrum, she was worried about what that meant for her son.

She said she tried many things to help him build his confidence and excel. One of those was Tae Kwon Do; he started this quest at the age of 10 and had his black belt by the time he was 15.

Sam started his podcast, Autism Rocks and Rolls, back in October and his mother says it has been great for him.

Gina said, “His confidence is definitely much higher and I think he has an I-can-do-it attitude.”

Sam’s interest in podcasts was peaked through his school’s media club at Eastern Greene High School. His topics range from meltdowns, unexpected changes and how to deal with them, and even making friends. He said his making friends podcast was his favorite and is making him more willing than before to step up every once in a while, and initiate friendships.

Sam said, “It helps me get more social and helps me interact with strangers.”

He said his goal is to educate and enlighten those with autism and help them overcome their struggles, but he also has another group he is trying to reach.

“My hope for listeners is also to parents to help them understand autism and not like degrade them in a Walmart but help them instead,” Sam said.

As Sam plans for his future his top two choices are being a travel agent or continuing podcasting. While he said he has a great deal of interest in both, podcasting may be more lucrative so that’s definitely something to consider.