Little 500 Canceled, Still A Possibility To Continue This Fall 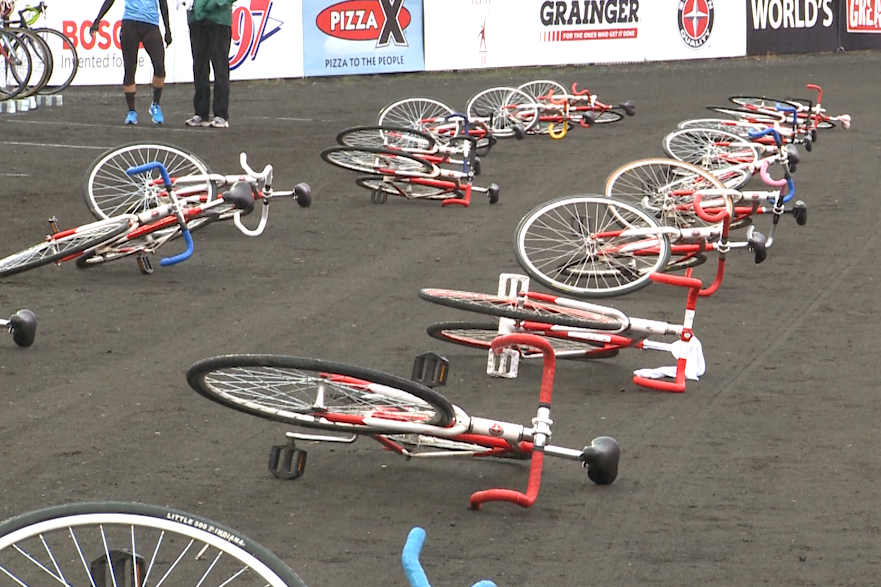 Modeled after the Indianapolis 500, riders race in four-person teams around a quarter-mile cinder track at Bill Armstrong Stadium. The men's race is 200 laps (50 miles) and the women's race is 100 laps (25 miles). (WFIU/WTIU News File)

Since 1951, Indiana University's Little 500 has become the largest collegiate bike race in the United States, but that tradition will not continue this spring due to the coronavirus.

"Due to the rapidly evolving conditions around COVID-19, the Men's and Women's Little 500 bike races are canceled for this academic semester," the IU Student Foundation (IUSF) said in a statement.

The women's race was scheduled for Friday, April 24 and the men were set to compete the next day.

"Seeing all the hard work that we did, every late night that we worked together biking, and every trip to the gym felt so much better that it paid off," Lewis says.

Unfortunately for Lewis and her teammates, all that hard work and training won’t come to fruition this semester.

“I was upset. I cried," Lewis says. "I’ve kind of gotten better, but I’m still upset that I put in all this work to train. My team is my best friends and now all of that work and training has just kind of halted."

The university has canceled all spring semester events and IUSF, which is in charge of organizing the race, says it will decide on rescheduling at a later date.

READ MORE: What Could Summer In Bloomington Look Like Amid A Pandemic?

Lewis says the foundation told the racers that postponing to the fall is a possibility.

"They said if there's a chance, they'll look into it," Lewis says. "But there's so much that goes into planning the race that we don't think they'll be able to run it in the fall."

The IUSF says all proceeds that were already given for the race will be put toward emergency student scholarships. People who have purchased tickets will also have the opportunity to get a full refund if they want.