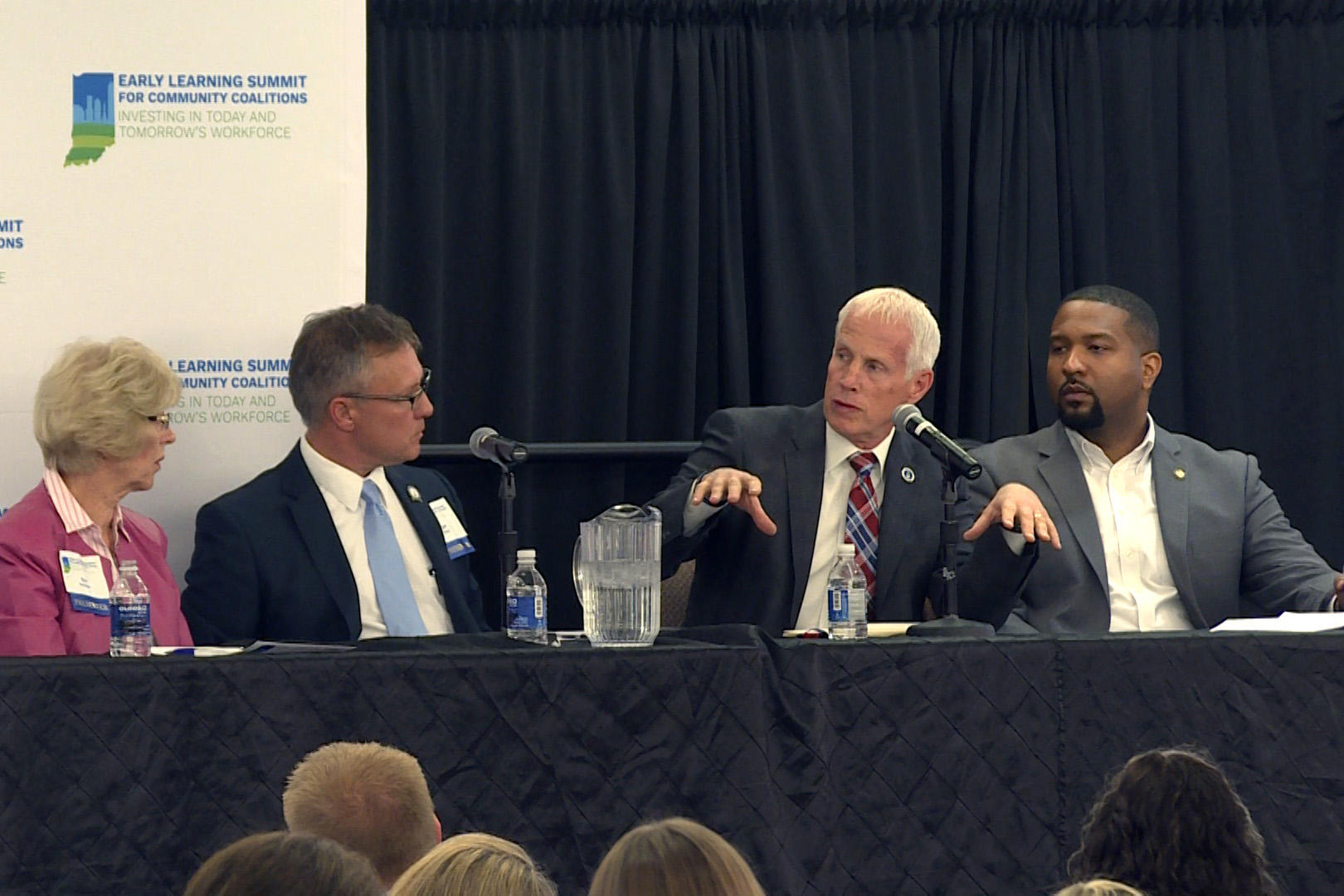 Lawmakers say pre-K expansion will remain a key issue heading into the 2019 legislative session. A panel of legislators addressed the state of pre-K and Indiana’s program for low-income families, On My Way Pre-K, at an Early Education Summit.

On My Way Pre-K is available for low-income families in 20 counties, and during the early learning summit, audience members asked the panel: “will the program expand again in 2019?”

“My guess is definitely yes, I would hope so. I know I’ve been in conversations with the governor’s office talking about what the governor’s going to advocate for,” he says.

Behning says there’s not a solid answer yet as to how wide an On My Way Pre-K expansion could be, whether it will extend to more counties or become a totally statewide program.

Rep. Sue Errington (D-Muncie), another lawmaker on the summit panel, says it’s crucial for communities and early childhood education professionals to give feedback to the General Assembly as they consider next steps for the program.

“We need to hear from you: what is working and what isn’t,” she says.

The panel discussion followed the release of a report from Early Learning Indiana and Indiana University’s Public Policy Institute, highlighting the impact of early childcare and education on Hoosier communities. It estimates the state loses more than $1 billion in economic activity per year due to inadequate early learning and childcare access.