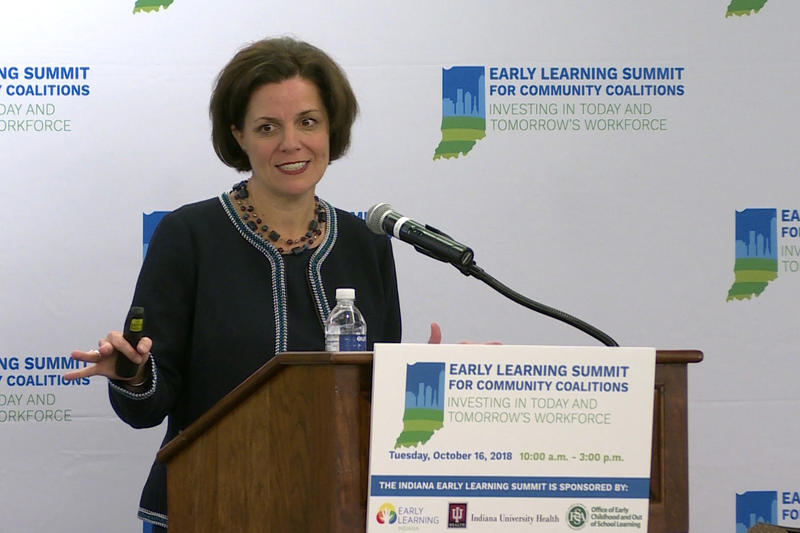 A new report finds that Indiana employers could reap an additional $1 billion a year in productivity if the state had better child care available.

“We’ve lost about $1.1 billion in overall Indiana economy, she says. “And if you think about it, it makes sense if workers are earning less, they have less to spend as well and so, as a result our entire economy suffers.”

The Economic Impact of Early Care report estimates about 11,000 Hoosiers leave their jobs each year due to child care issues. Weber says some may turn down a potential job if unable to find accessible child care.

“The other thing anecdotally that we hear is from workers who are turning down training opportunities or turning down promotions even ‘cause it might mean a change in their work hours which might result in a child care situation for them,” says Weber.

The research released shows that Hoosiers earn less money because too many can’t find child care and are forced to be stay-at-home parents. That, in turn, means they pay less in annual taxes, which hurts the state’s bottom line.

And Weber says rural and urban counties are both economically hurting due to child care shortages.

“We looked at counties both that were urban like Marion County and Vanderburgh ,and some others,” says Weber. “We also looked at very rural counties like Parke and some in-between. And what we found is this problem runs the gambit.”

The report recommends giving tax credits to companies that donate to child care providers or scholarships – similar to what is already done with scholarships for K-12 education – and creating additional early learning providers.