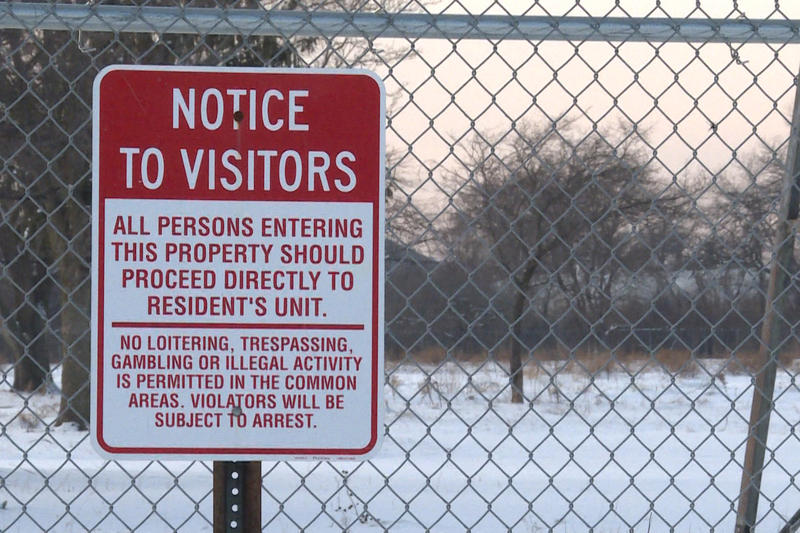 The site of the West Calumet Public Housing Complex sits empty since its buildings were demolished in 2018. (Tyler Lake, WTIU/WFIU News )

When the city of East Chicago decided to tear down the West Calumet Public Housing Complex at the beginning of the lead crisis, the city told its residents that hopefully they would be able to put housing there again someday. If the mayor’s new plans go through — that likely won’t happen.

That came as a shock to Akeeshea Daniels, who used to live there along with more than 1,000 other residents.

“It’s a slap in the face to everyone that lived out there that was in the—you know, I would have never moved to Zone 3 if I would have known that I could never go back to Zone 1,” she says.

Daniels, who is also co-chair of the East Chicago Calumet Community Advisory Group (CAG), was born and raised in the area. She says the Calumet neighborhood was a tight knit community.

Daniels says having an industrial company in that area would make the neighborhood even more polluted than it is now.

Demetra Turner also lived in the West Calumet Public Housing Complex, but lives in Whiting now. She says if it was safe, she’d consider moving back to the area.

“It was, you know, generations, two or three generations of families that had been living there. So, at least, you know, give us the option to be able to move back if we want to,” she says.

The EPA is still working to finalize a cleanup plan for the site of the complex. If the industrial company agrees to move there, that could mean less lead and arsenic contaminated soil will be cleaned up.

CAG President Maritza Lopez worries the soil could be polluting groundwater that’s seeping into some residents’ homes — and that if the soil isn’t removed all the way down to native sand, that will continue to happen.

“We understand about economic growth, but first comes the health and safety of everybody,” she says.

Sherry Hunter is the president of the group Calumet Lives Matter. She says the mayor should have talked to the community before signing a letter of intent with the company

"He was just, I guess, waiting until he got the best offer — and so he did. And now he's going with it without even asking the people what they want," she says.