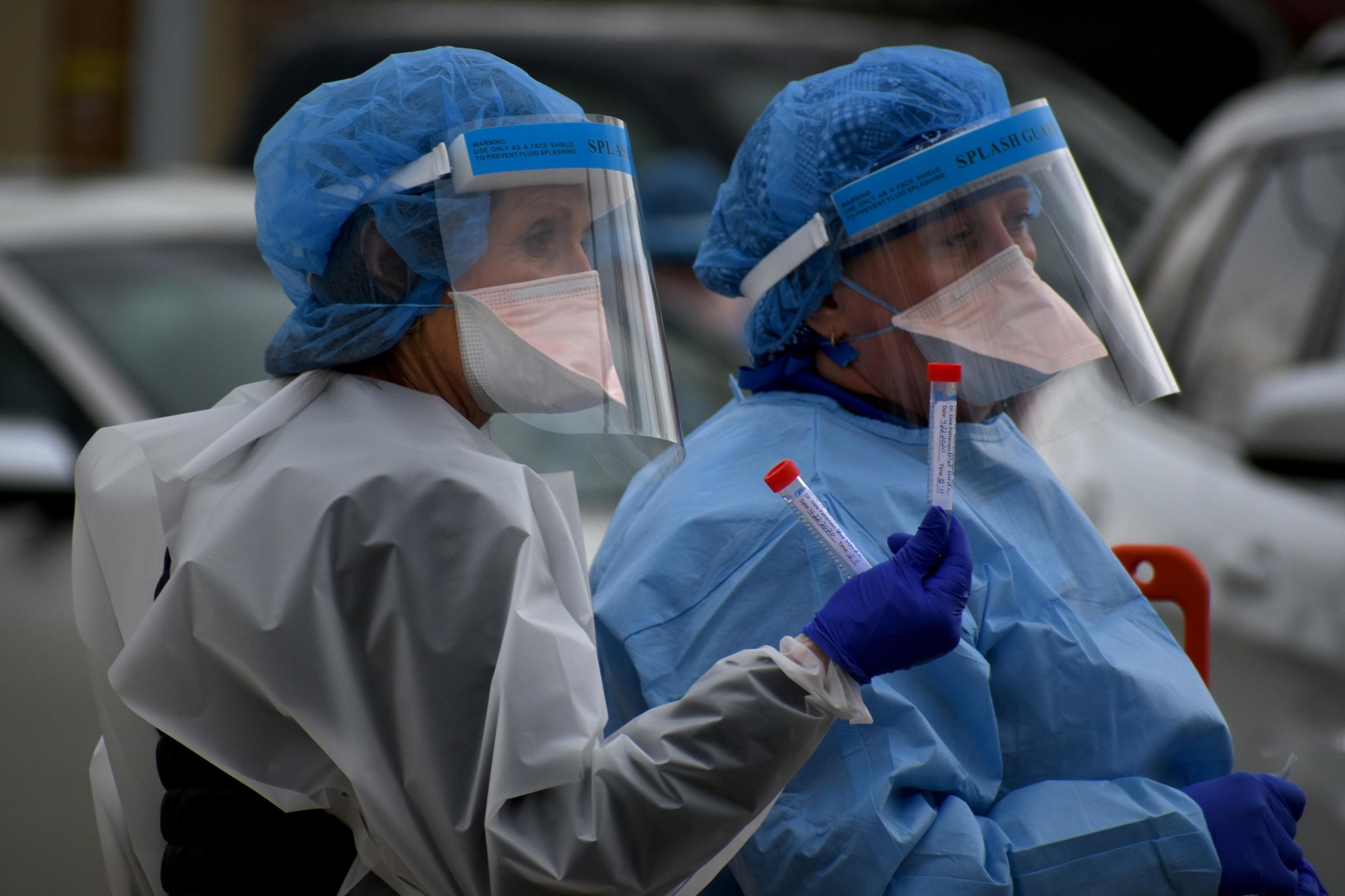 Indiana’s state-sponsored coronavirus testing program has not been meeting the levels of testing or the speed of results that were touted when it was started in May.

State contractor OptumServe Health Services was expected to have 50 testing sites operating around Indiana by the end of May, providing 100,000 free tests a month and providing results within an average of 48 hours, state officials said.

The state health commissioner, Dr. Kristina Box, said Wednesday that the company had 35 testing sites open, with results averaging 59 hours and sometimes up to 80 hours to become available. The program’s online registration site warns that it could take four to six days for results.

Box blamed the slower-than-expected results on a national increase in demand for test processing and supplies as the number of COVID-19 cases has surged in Indiana and other states, many of which aggressively lifted virus restrictions to reopen their economies.

“These are external factors that are beyond our control,” Box said.

OptumServe, which is a division of insurance giant UnitedHealth Group, has closed some testing sites because they were located in schools that are now preparing to reopen for students or were in non-air conditioned locations during recent hot weather, Box said.

The company has performed about 102,000 tests for the public at its sites, she said. That means OptumServe has just recently passed the 100,000 test mark that it had been expected to reach in May.

Brian Dixon, a professor at Indiana University’s Fairbanks School of Public Health, said he worries that the testing troubles will hurt the state’s ability to slow the spread of the coronavirus.

“If it takes an additional two to five days to confirm someone has COVID, it means the individual could potentially spread the virus to others before getting their lab result,” Dixon said. “If we ask these individuals to stay home until their lab result comes back, people will be forced to be off work for a longer period of time while they wait for their results.”

The state health department on Thursday reported 735 new confirmed cases of COVID-19, pushing Indiana’s seven-day daily average to 649, which is the highest it has been since early May. It also reported 10 more confirmed or presumed deaths from the disease, raising the state’s death toll to 2,795 since the pandemic started.

The state agreed to a $17.9 million contract for the OptumServe testing in May, which officials hoped would be covered by federal grants.

State officials are reviewing the company’s May invoice and expects payment to be between $7 million and $8 million, The (Fort Wayne) Journal Gazette reported. The cost is dependent on number of tests run and number of testing locations, with an invoice for June not yet submitted.

Howard County Health Officer Dr. Don Zent said he was preparing to open a county-run testing site in Kokomo as soon as September in expectation that the state would end its OptumServe contract, which would shutter the company’s location in the city.

The state would provide some money for training, computers, supplies and personal protective equipment, but the county health department would still need about $100,000 to run a single testing site from September to June 2021, Zent told the Kokomo Tribune.