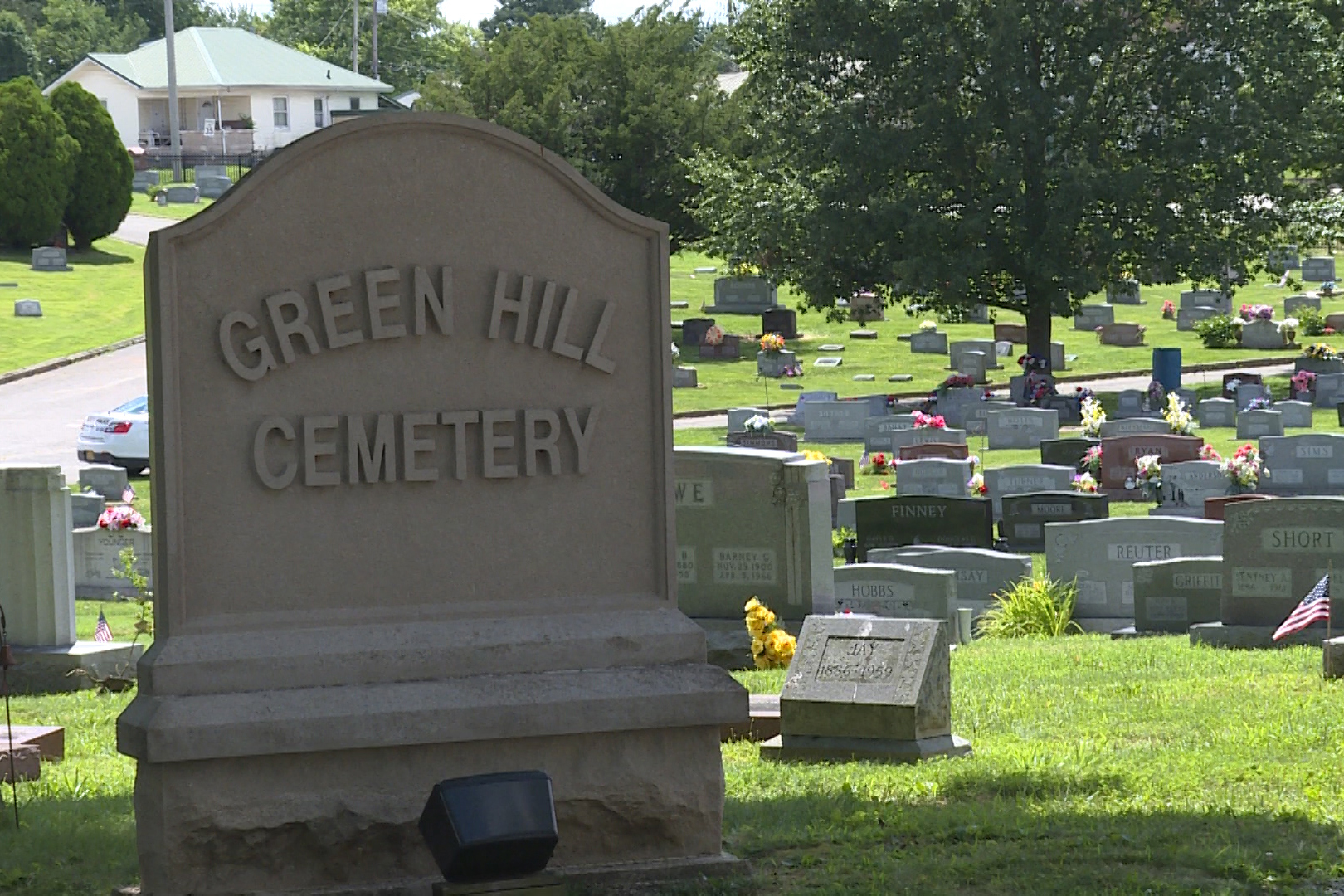 When people buy a plot at a cemetery, they assume their final resting place will be taken care of forever.

But cemeteries across the state are struggling financially, because the one-time fees people pay for burials don’t cover the costs of never-ending maintenance.

That’s forcing cemeteries to change their business models, and even sparking a change in law.

In his 43 years working as an auctioneer, Jeff Boston never had a job quite like the one he worked in April.

Among the hand-carved clocks and unique works of art for sale at the auction in Sullivan, people also bid on something a lot more permanent: a full-service funeral at Center Ridge Cemetery.

"What I'm trying to do is generate as much interest and awareness of the cemetery as I possibly can and see how much money I can raise," says Cemetery Superintendent Dick Crooks.

The city owns the 45-acre cemetery. It was self-sufficient until about 15 years ago, when the maintenance costs started exceeding revenue brought in from burials. Taxpayers have been subsidizing the cemetery ever since.

But it's not enough to cover two major projects that Crooks says can't wait much longer.

The cemetery also needs to repair two miles of road. Crooks says that will cost about $175,000.

The recent auction helped raise $23,000, a small portion of what Center Ridge needs.

Center Ridge isn't alone in its financial troubles. Cemeteries across the state are struggling.

Casey Miller is the Executive Director of Divine Mercy Funeral Home in Ft. Wayne, and of the Indiana Cemetery Association.

He says the way cemetery funding works in Indiana can pose a challenge. Cemeteries are required by state law to put a certain percentage of every dollar they earn on burials and cremations into what’s called their perpetual endowment care fund. The idea is that it will give them the money they need to care for the cemetery forever. But until recently, cemeteries could only spend the interest generated on the fund.

"We’re living in a very low interest rate environment, so therefore the interest rates from these endowment care funds is very, very low and the earnings is very low," Miller says.

A law that went into effect in July gives cemeteries more flexibility with how they can use their perpetual care funds. It creates what’s called a unitrust option.

"It gives the cemetery board of directors, or those in charge of making financial decisions, the option to use between 3 and 5 percent of the value of that endowment care fund to offset the maintenance costs of that cemetery," Miller says.

But that change alone isn’t enough to make most Indiana cemeteries stable. Miller says about 48 percent of Hoosiers now prefer cremation, so many cemeteries need to reevaluate their business models.

"I see so many cemeteries that they say that they are closed or basically have no inventory, and they haven’t addressed the cremation family at all," he says.

Miller says they've increased burial options at the Catholic Cemetery behind Divine Mercy Funeral home in response to changing trends. In a garden area that used to house just two mausoleums, there are two new columbariums. Each can hold the cremains of up to 144 people, and only take up a little more space than a traditional burial plot.

"These are only 18 months old and they're probably 75 percent taken," he says.

Through his work with the state cemetery association, Miller helps other cemeteries across the state figure out ways to generate additional revenue.

Green Hill Cemetery in Bedford started to run into serious cash flow issues a couple years ago, so he convinced the board to offer more cremation services.

The cemetery installed its first columbarium and is looking into other ways to generate more revenue.

The association also entered into an agreement with Bedford officials to maintain another, city-owned cemetery. Green Hill uses money it gets for mowing that property to help cover the costs of maintaining its own.

In addition to regular maintenance costs, the cemetery also spends money repairing headstones that deteriorate over time. And there are a lot of them at Green Hill. The cemetery dates back to the 1800s.

"When someone passes away, their children will come visit, maybe their grandchildren," says Association President Daniel Bortner. "But when you hit that fourth generation, there's nobody coming to visit these things. But, yet, it has to be maintained forever."

Maintaining the stones is especially important in Bedford, because it's known as the limestone capital of the world. You won’t see stone carvings like those you'll find in Green Hill anywhere else.

"This is one of the more unique ones here in the cemetery, the Baker stone," Bortner says as he points to a headstone that is a lifesize version of a work bench. "The indvidual who is buried here was a stone carver, and the gentelmen that worked with him decided his stone needed to be a replica of his work bench. So, this is his personal work bench the day he passed away."

It's a testament to the person who rests there. And Bortner says how it's maintained says a lot about where that person rests.

"You can tell the caliber of the community by how they respect those who've come before us," Bortner says.