Hamilton Calls For Income Tax Increase To Kick Off 2020 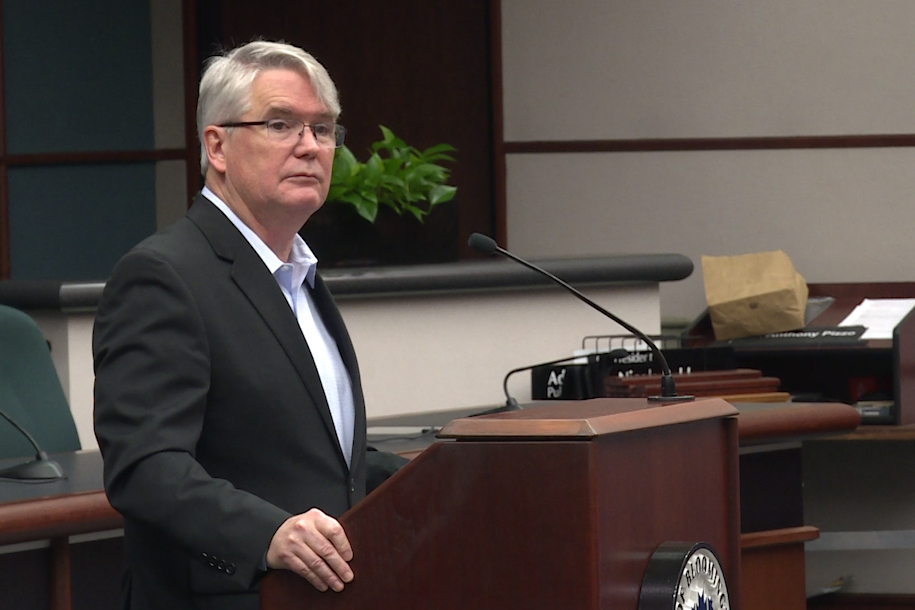 Bloomington Mayor John Hamilton says he will push for a local income tax increase of half a percent in 2020 to fund the city’s efforts to combat climate change.

The mayor made his announcement at a swearing-in ceremony for city government officials on Wednesday. Hamilton announced the proposed tax hike after announcing a plan for Bloomington to create an environmental “green ribbon panel” within 100 days of Jan. 1.

“We have to recognize major new efforts require new resources,” Hamilton says. “It is neither sufficient nor prudent to address the challenges of climate change and economic inclusion by cannibalizing vital existing resources and efforts. Today, I’m calling on our local income tax council to enact a new annual funding source for a sustainability fund.”

If the tax hike is enacted, Bloomington’s local income tax would increase from 1.25 percent to 1.75 percent. Hamilton says the tax would generate $8 million annually for “new critical investments” and could create a similar amount at the county level.

“Let me be clear that I do not propose a revenue increase lightly,” he continued. “But I believe that the times in our future demand it, and that as a community we are in a position to afford it.”

Allison spent five years as a city councilmember and was the first woman elected mayor of Bloomington, a position she held for 13 years. She was instrumental in the revitalization of Bloomington’s downtown and started the Canopy of Lights.

Allison thanked Hamilton and those in attendance for coming and said the honor was a testament to all the hard work of everyone in her administration.

“I’m very proud of the work that all of us did on the revitalization of the downtown and the whole Showers project,” she says. “And it was really motivated by the idea that we are all one community, and I want to remember that very hard-working administration that worked all those years.”

The Bloomington City Council will meet next Wednesday, January 8 at 6:30 p.m.