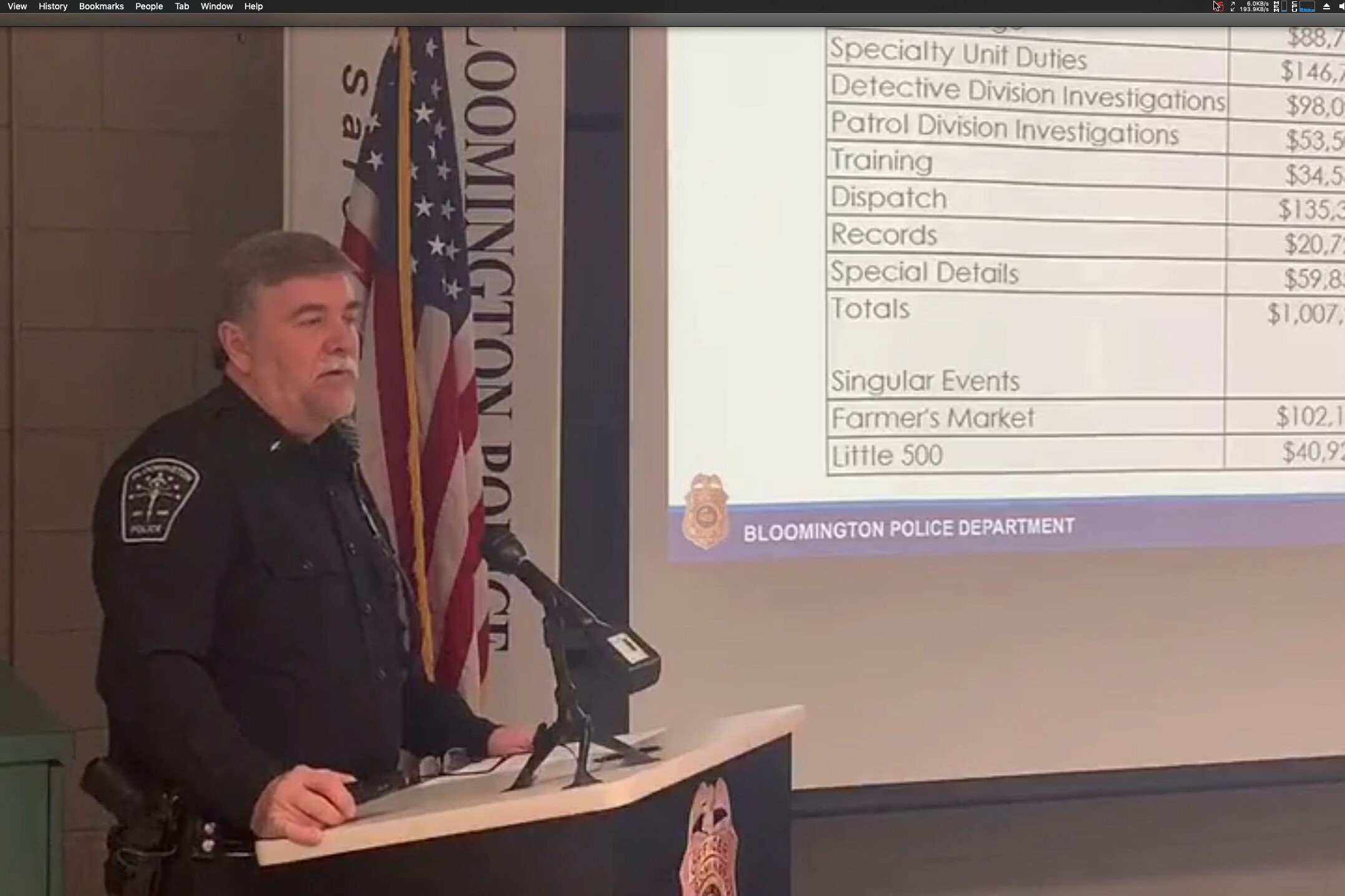 The City spent nearly 20 times more in overtime police expenses at the Bloomington Farmers’ Market in 2019 compared to 2018.

More officers were required at the market last summer after controversy erupted surrounding vendor Sarah Dye of Schooner Creek Farm, who identifies as an “identitarian.”

“That was to have additional personnel there to make sure nothing happened and to make sure that people felt safe,” he says.

“A lot of the dispatch overtime is for holiday pay and things like that," he says.

The city of Bloomington spent nearly 22 percent more in overtime pay overall for police officers in 2019 than it did in 2018.

Overtime spending on security for Indiana University's Little 500 bicycle race remained nearly the same as it was in 2018.

This story has been corrected to reflect the amount the city spent in overtime for security at the market.