Fireworks Sales Skyrocket Leading Up To Fourth Of July Weekend 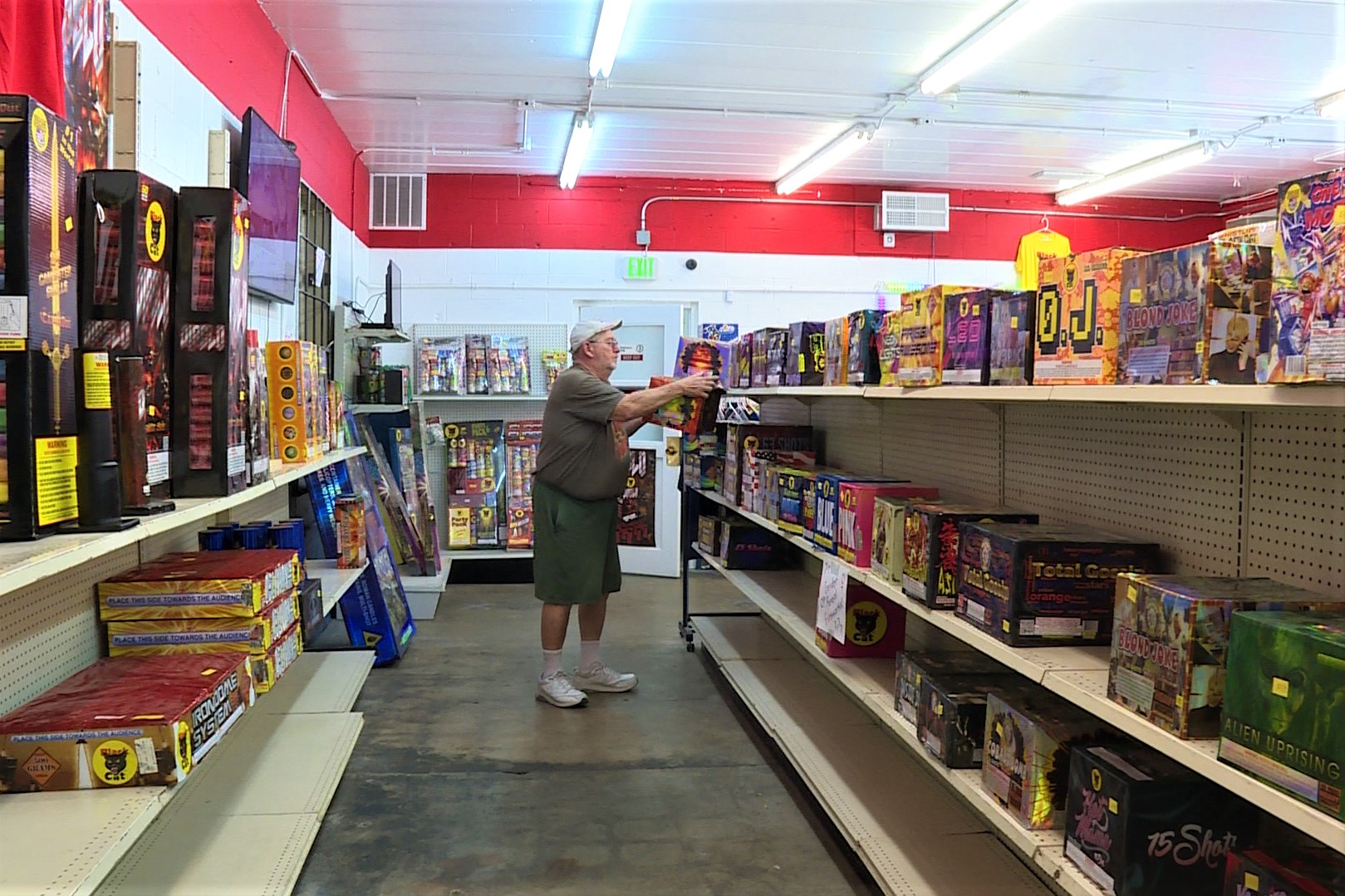 Fourth of July celebrations have been canceled across the country due to the coronavirus pandemic, but the consumer fireworks industry is thriving.

Jill Smith and her family own Crazy Joe’s Quality Fireworks on the south side of Bloomington. She said in their five years of operation, they’ve never experienced Fourth of July sales quite like this year.

“Sales increased immediately. Our first day open we saw a significant increase in the amount of customers coming in,” Smith said.

Smith said it’s been a real challenge restocking the shelves to keep up with demand. She said they’ve already made multiple trips to their wholesaler’s warehouse to replenish supplies.

“With a lot of shows canceling you know people are wanting to do their own little show at home,” Smith said.

The City of Bloomington canceled its Fourth of July festivities months ago as a safety precaution. That included the parade and the annual “BTown Boom” fireworks show put on by Cook Medical.

“Those kind of parades where everybody is crowded together for hours can be very difficult, so that’s what went into it,” Mayor John Hamilton said. “I think it was the right decision at that time and it’s probably going to help us avoid other problems.”

The American Pyrotechnics Association (APA) reported the consumer fireworks industry set a record by selling $1 billion worth of products in 2019. They anticipate that number will be surpassed this year.

“Due to the cancellation of all these public events that many families go to on the Fourth of July, we believe more families will choose to celebrate with backyard fireworks,” APA Executive Director Julie Heckman said.

Heckman said the feedback the APA is getting from retailers indicates sales are doubling or tripling what they were last year. She said some retailers are saying sales are up more than 200 percent.

“That sets this up for being an all-time record-breaking year,” Heckman said.

The Smith family said they’re considering hiring some extra employees to help them out over the weekend as they expect more buyers to come walking through the door.

“We’re going to be ready for a break come Sunday, July 5,” Smith said.

The state of Indiana has also recognized the increase in at-home fireworks and released guidelines for this weekend as well as safety tips.

On the Fourth, the state will allow firework use from 10 a.m. to midnight.