By Adam Pinsker and George Hale 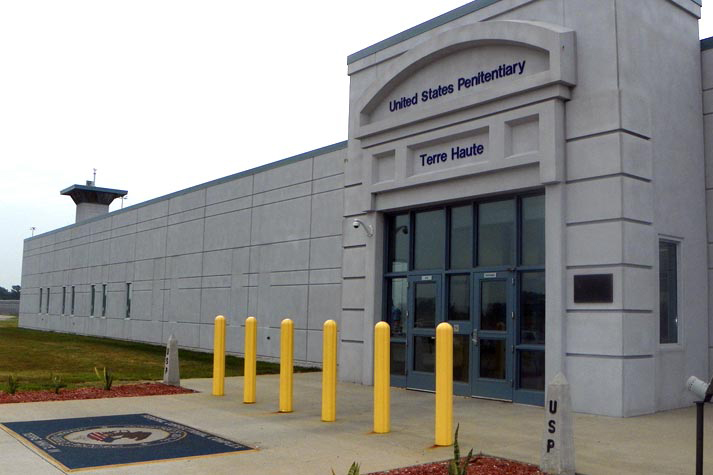 William LeCroy's execution was the sixth since the Trump administration began carrying out death sentences in July. (WFIU/WTIU News file)

LeCroy's torso jerked and contracted uncontrollably for about a minute after lethal injection drugs reached his body, delivered through IV lines attached by the wrist and arm.

LeCroy's eyes closed soon after, and his mouth fell partly open. Aside from shallow breaths, he barely moved again before dying.

Today's execution and another set for Thursday are being carried out via lethal injection. Yesterday @NPR released the first part of a years-long investigation that found evidence that many inmates likely experience a suffocation or drowning sensation when drugs are administered.

Before the execution began, a prison official asked LeCroy if he had any last words. He declined to make a lengthy statement, saying only that "Sister Battista is about to receive through the postal service my last statement."

Barbara Battista is a local nun who served as LeCroy's spiritual advisor. She was present during the execution, and met with the inmate shortly before it began.

During the process, a few dozen demonstrators gathered outside a convenience store across the street from the prison. One held a sign reading, "All life is precious."

READ MORE: US Execution Planned Of Killer Who Said Witchcraft Drove Him

In 2004, LeCroy was found guilty of sexually assaulting and stabbing 30-year-old Joann Tiesler to death in her Gilmer County, Georgia, home.

A federal court in the Northern District of Georgia sentenced LeCroy to death for carjacking resulting in murder, after LeCroy stole Tiesler's car and tried to flee to Canada.

According to her father, Tiesler earned a nursing degree at Vanderbilt University, and had planned to start her own practice in the town of Cherry Log, Georgia.

She was engaged to be married at the time of her murder.

Tiesler also thanked President Donald Trump and Attorney General William P. Barr for resuming federal executions. LeCroy's was the sixth scheduled death sentence since they resumed in July. It had been 17 years since the last federal execution.

"I realize that some people are against the death penalty for various reasons, however I believe that premeditated murder, especially when it involved torture is justification for the death penalty," Tiesler wrote.

#SCOTUS denied William LeCroy’s death sentence appeal moments ago. He should be transported from his cell to the death house soon for his execution by lethal injection at USP Terre Haute. ⁦@wtiu⁩ ⁦@WFIUNews⁩ ⁦@georgehale⁩ pic.twitter.com/dxtlbLT1EI

LeCroy's execution was delayed for nearly three hours until the U.S. Supreme Court denied a petition for a stay. LeCroy's brother was a Georgia State Trooper who was killed in a traffic stop in 2010. Attorneys argued his execution would traumatize the defendant's family.

LeCroy's attorneys also asked that his client's execution be delayed until next year because one of his lawyers, Jack Martin, said he was unable to travel to Indiana during the COVID-19 pandemic. Martin has leukemia.

Earlier in September, two inmates died after contracting COVID-19 at the prison.

The Bureau of Prisons has scheduled a seventh execution for Thursday. Christopher Vialva was convicted for his role in the murder of two youth pastors in Texas in 1999.

Cathy Knapp contributed to this report.