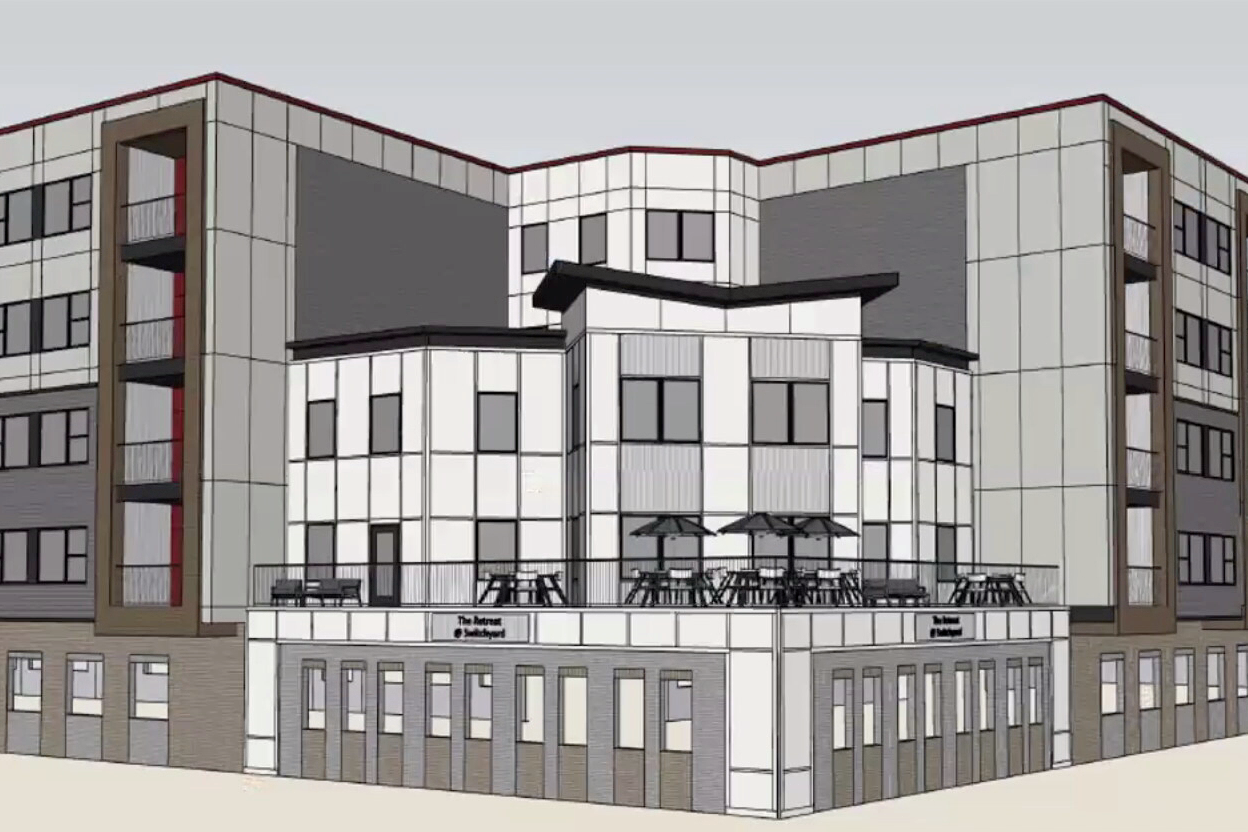 The draft shows the Southwest corner of the building will face the entrance of Switchyard Park with a butterfly-shaped roof. (Courtesy: Real America)

"At that side of town there's not a lot of retail," city Director of Housing and Neighborhood Development Doris Sims said. "The businesses there could serve the residents of the housing complex."

Real America Companies based in Indianapolis, will build the complex. One of company's goals is to implement a local architecual style to the building.

One of their ideas is to incorporate a butterfly-shaped roof that follows a design similar to other structures within Switchyard Park.

"We thought that could be cool to play off of because that's a good-looking design," Vice President of Development for Real America Jeff Ryan said.

Ryan said another important feature is finding the right retailer to occupy the ground floor space.

"We need to find the right fit that works for us and for the city," Ryan said.

Ryan suggested putting in an ice cream or coffee shop since the building will run right up to the park's edge.

"It makes sense, it's a commerical corridor right there," Griffin said. "There's very few things facing Walnut Street right now and this could create a trend."

Real America said it will team up with Stone Belt for the financing of this project through the Low-Income Housing Tax Credit (LIHTC) program. This program is administered by the Indiana Housing and Community Development Authority.

"The construction budget is about $11 million and the total budget is a little under $15 million," Ryan said.

Between 20-25% of the units will be offered to clients of Stone Belt and the remaining units will be available for residents who earn 50% to 80% of Area Median Income (AMI).

The application deadline for the tax credit is Septemeber 18.

Ryan said construction will begin in July 2021 with an expected completion date to be sometime around November 2022.