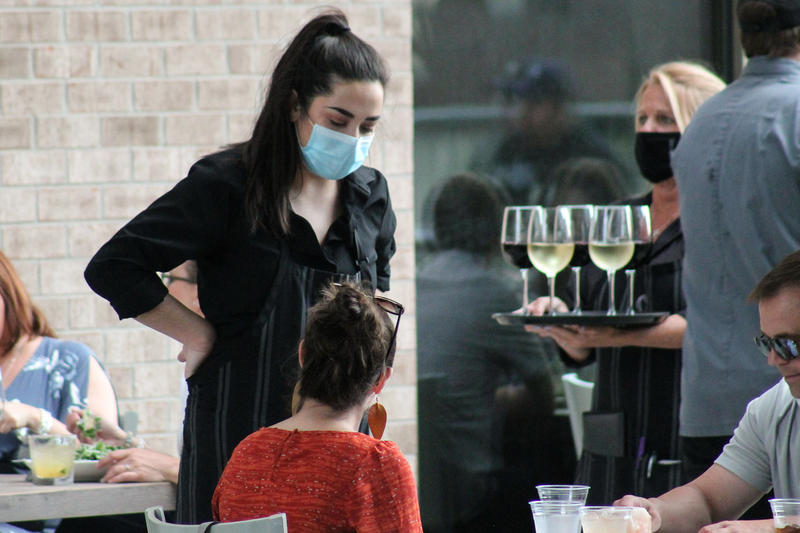 The Indiana State Department of Health is making it easier for Hoosiers to get tested for COVID-19 and assess their risk with a map of positive cases by zip code.

Indiana Health Commissioner Dr. Kris Box announced, starting Monday, anyone who wants a COVID-19 test can get one at OptumServe testing sites – regardless of whether they have symptoms or belong to a high-risk group.

On Monday, the Indiana State Department of Health will launch a new update to its dashboard to show how many COVID-19 positive cases there are by zip code.

Box says she’s received questions about how cases break down on a smaller scale than counties.

“I personally look at that as I look at some of our disparate populations or populations that we know are hit harder with this and can focus on particular zip codes to see what those numbers are,” Box says.

Indianapolis-based Simon Property Group is suing one of its largest tenants for unpaid rent during the coronavirus pandemic. The lawsuit highlights just one of the company’s recent moves due to COVID-19.

The lawsuit filed by Simon in Delaware state court claims The Gap failed to pay nearly $66 million in rent and other charges during months when the retailer was closed.

Indiana University Kelley School of Business Center for Education and Research in Retail director John Talbott says it sends a message that Simon will hold tenants to their lease obligations.

“That’s the main message I see is that there’s just not possible for Simon to allow Gap to not just pay without trying to enforce it through the courts, because everybody would just not pay,” says Talbott.

"To consider our own decisions and actions through the lens of racial equity and to increase our accountability to those we are privileged to serve," says Osili.

"Are substantially worse if you are a person of color, and that also is true when it comes to COVID-19," says Halverson.

Marion County Public Health Director Virgina Caine gave a COVID-19 update. Caine says the county is moving in the right direction but she is concerned about a spike.

Higher education institutions have been asked to take a 7 percent cut in response to the COVID-19 pandemic.

As the state confronts budget shortfalls, Gov. Eric Holcomb says other state agencies were asked to make cuts before K-12 and higher education.

"These are difficult decisions. Decisions we don’t want to make or like to make, but under these circumstances, we have to," Holcomb says.

He currently predicts the state will have a $2 billion budget shortfall because of “Stay-At-Home” business closures.

While doctors and nurses are risking their lives working with COVID-19 patients in hospitals, some are risking theirs working in stores and making deliveries. Indiana Public Broadcasting’s Rebecca Thiele has been talking with other essential workers whose stories need to be told.

Dennis Osborn is a janitorial contractor who works for a pharmaceutical company in Indianapolis. He says he's thankful he's been able to work during the "Stay-At-Home" order — construction contractors working for the company haven't been as lucky.

"The first guy told me he was going seven weeks. I couldn't survive seven weeks on my paycheck," Osborn says.

Osborn says he's worked during the "Stay-At-Home" order except for a few days when he felt sick. He worries about the spread of the virus because he doesn't have a thermometer at home and says his janitorial company hasn't been screening its workers.