Long-Deserted Inn In Gary Torn Down Under Mayor's Initiative 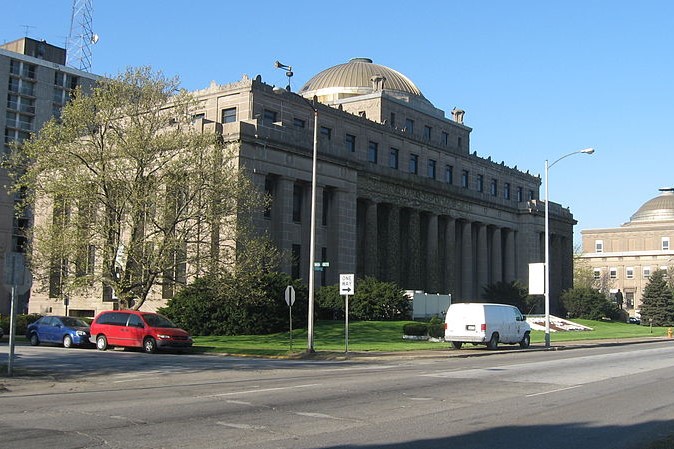 An abandoned motel in Gary that residents had long complained was an eyesore has been razed as part of the mayor’s initiative to revitalize the financially strapped northwestern Indiana city.

Eric Reaves, executive director and senior advisor to Mayor Jerome Prince, confirmed that Interstate Inn on Dunes Highway was torn down in early June under Prince’s “Re-Imagined Renaissance for the City of Gary” program, The (Northwest Indiana) Times reported. Community activists lobbied for years for the demolition of the dilapidated building nestled between downtown Gary and the city’s lakefront Miller neighborhood.

“It was safety hazard and public eyesore, a highly visible eyesore,” Reaves said. “The administration wants to eliminate derelict buildings, especially near the city’s gateways. This is just the beginning of a Re-Imagined Renaissance.”

The motel was initially a Holiday Inn, serving motorists and travelers from the nearby Interstate 65, but it closed for good decades ago. The owner had started to demolish the building with the intention of converting it into storage units but scrapped the project, leaving its abandoned shell to slowly deteriorate.

It was covered in graffiti and had been tagged again prior to the demolition. Each room was stripped down to a bare, concrete frame.

Residents of Miller expressed joy at the removal of the stain on the city.

Anna Martinez, owner of Anna’s Kombucha Cafe in Miller, said she’s excited the building was demolished and hoped the city will replace it with something to help regenerate the area.

“Some greenscape and other types of businesses would be great,” she said.

The old Interstate Inn became an unexpected spot for an art project in 2017. Miller-based artists Deborah Weiss and Jennifer Taylor hung dresses and pantsuits in the 28 empty rooms on the second floor. Taylor said the intention of the project was to draw attention to blight in the city and persuade people to see abandoned buildings anew.

“We can pass something so often we stop looking at it,” she said. “It becomes part of the landscape. We want people to be aware of the building, to be curious and wonder why the dresses are there. Why do we let abandoned buildings just sit there? Why don’t we take them down or return them to some use?”