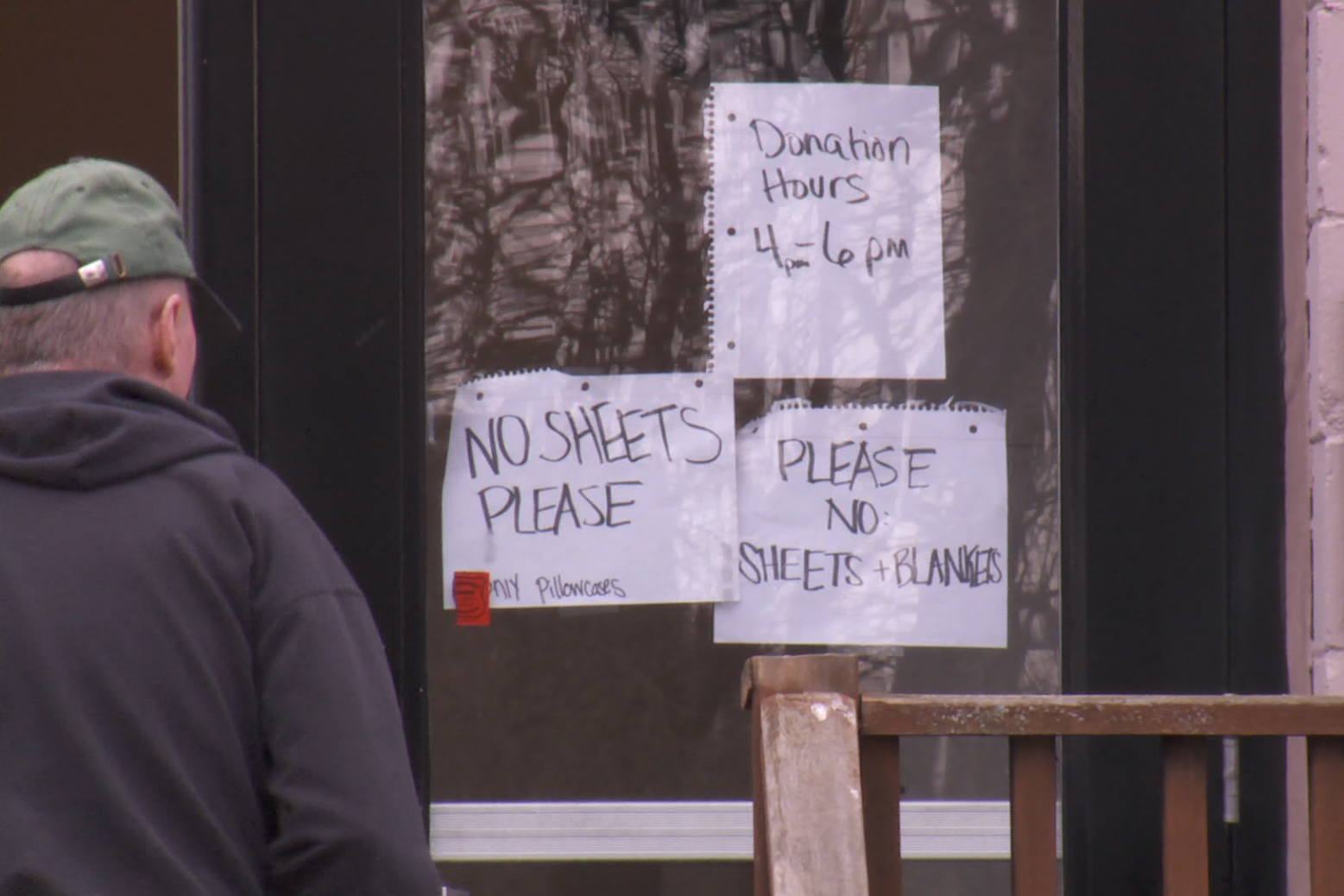 Advocates for the homeless in Bloomington and Monroe County say they’re moving quickly to address a potential COVID-19 outbreak in their shelters.

A group of local shelters and community groups is setting up an isolation shelter for people showing signs of the new coronavirus.

"The community's response has just been just been outstanding and amazing,” Rev. Forrest Gilmore, director of the Shalom Community Center, said Friday. “I've never, ever seen anything quite like it. And that's because the situation demands it.”

Gilmore says efforts by his group and others will not only help individuals needing shelter but also lower the risk of infection for the community at large.

“It's really important for people to remember this is a life and death emergency,” he said. “We’re in the business of saving lives, and not just to the people that come to the shelter but reducing the potential spread throughout our whole community. That is vital because the more people get this, the more dangerous it is for the rest of our city and country. And so that's the heart of this.”

The site of the planned isolation center is a portion of a 150,000-square foot warehouse parallel to the B-Line trail south of downtown Bloomington. The isolation center can handle up to 60 people and will occupy part of the warehouse.

A separate part of the building houses the Rising Star Gymnastics Club.

The club is closed due to the outbreak. But the owner is concerned that the isolation center will affect her ability to reopen when the crisis passes.

“I feel glad that the community is doing something to give homeless people a shelter during such a precarious time,” Rising Star owner Erin Booher said Friday.

But she’s also worried about how sharing the space might affect the children and families she serves. And she says she’s been kept in the dark about plans.

“What are we going to do like to keep our kids safe, my staff safe, our families safe?” she said. “There’s so much unknown about this virus. It's rapidly developing. Every day we hear something new,” Booher said, adding that she has tried to contact the building’s owner and received no response. And she says families of the children who participate in her club are concerned about how safe it will be participate once the club reopens.

Booher is most concerned about how the bathrooms will be used. She says that initially she was told that they would be shared with people in the isolation center.

The gymnastics club is housed in a separate part of the building. It also operates on a separate air conditioning and ventilation system.

But Booher says there’s only one set of bathrooms in the building and they are between the new isolation center and the gymnastics club.

Still, she recognizes that confronting the spreading virus has to be a priority. And she emphasized that her concerns are for the children and families she serves — not against the people who might be helped by the isolation center.

"I hope they have amazing success,” she said. “I hope that everyone who needs to be housed, I hope they get all the supplies they need. I have nothing against them. I have no ill will toward them. I hope they're successful in their endeavor."

Gilmore says he's confident the isolation center will be kept separate from other areas of the building.

“We believe that this is a very safe space,” Gilmore said. "It's a massive structure, we're on absolute far opposite ends. There’ll be no even remotely close interaction with the very locked spaces that are very far away from the other organization that's not meeting during this time anyway because it's considered non-essential services.”

He added: “It’s really important to remember that this is a life-and-death emergency. We're not messing around. People can die and will die from this.”

Among the agencies working with Shalom to set up the center are New Hope for Families, Middle Way House, Wheeler Mission Ministries and the Community Foundation. They’re also coordinating with the United Way, the local County Council, the Monroe County Health Department and private individuals, Gilmore said.

Bente Bouthier and Seth Tackett contributed to this story.