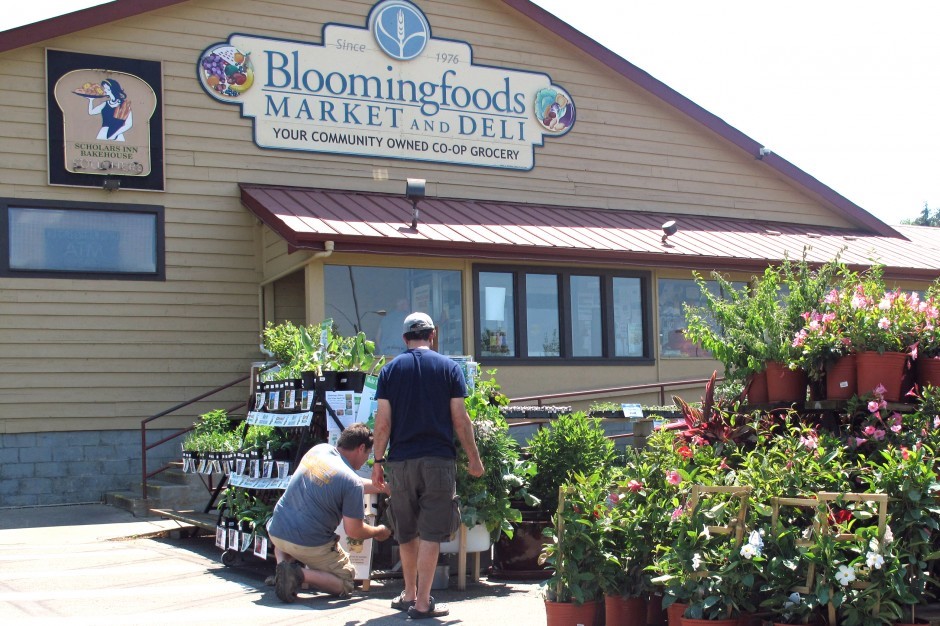 The market will have produce, prepared food vendors and live music. (WFIU/WTIU News)

Bloomingfoods is hosting a market at its eastside location Saturday for displaced vendors from the city’s suspended downtown market.

The city announced its Community Farmers’ Market would be shut down for two weeks, citing public safety as the reason on Monday.

The announcement comes after an arrest at the market last Saturday and protests of the vendor, Schooner Creek Farm, which is allegedly tied to white supremacist groups.

Pie First Bakery owner Louise Miracle is a prepared food vendor at the Bloomington Community Market. She says she will be at the Bloomingfoods market tomorrow.

“We’re pretty excited about this and just looking for people to come out and show their support of the market," she says. It’s going to be a beautiful day, a way to celebrate with friends, the market and all that goes with it.”

Schooner Creek Farm will not be present. The police have been notified of the event.

Bloomington Community Farmers’ Market is owned and run by the city, so it can’t bar vendors based on affiliations or beliefs. Bloomingfoods is a private organization so it can exclude vendors as it sees fit.