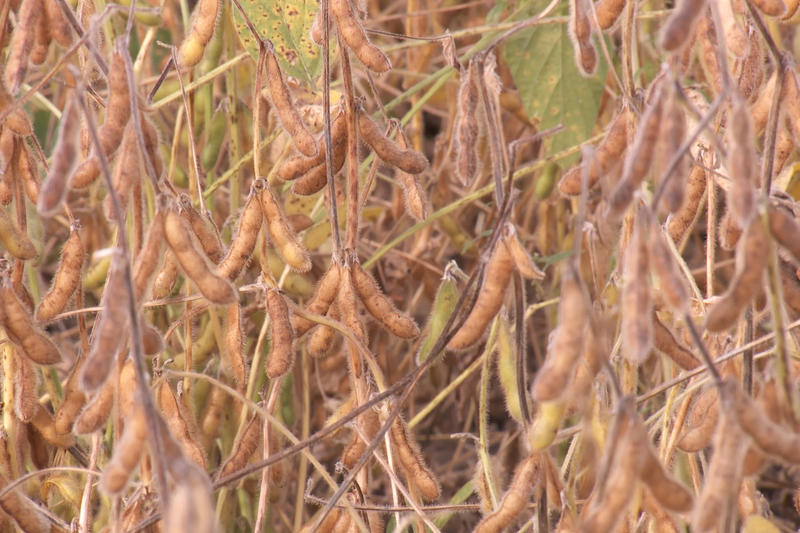 Dicamba can drift off of one soybean field that is resistant to the herbicide and damage a non-resistant field nearby. (Seth Tackett, WFIU/WTIU News)

Lawmakers voted to send a bill to the governor on Wednesday that would create a working group to look into penalties for misusing pesticides.

The original bill would have increased the maximum fines for farmers and others who abuse products like dicamba — a controversial weed killer that can drift off of fields and kill neighboring crops.

But the bill’s sponsor, Rep. Don Lehe (R-Brookston), says lawmakers and pesticide users couldn’t agree on how high those fines should be. He says they compromised by leaving fines as they are, but creating a working group to study the issue.

“To report back to the legislature by Dec. 1 on their recommendations how we can better deal with this in the next session,” Lehe says.

A similar state bill would have doubled maximum penalties for those who misuse pesticides, but it failed in a Senate committee.