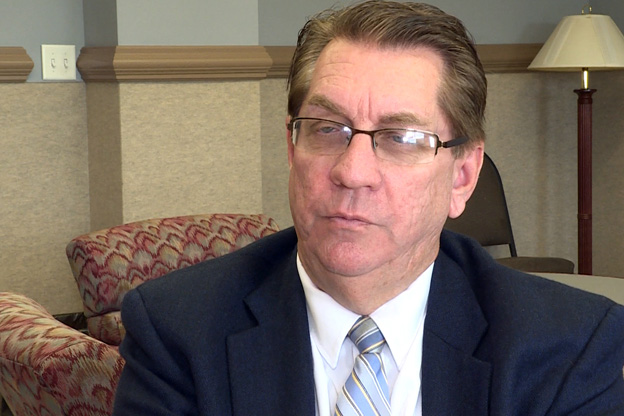 On this week’s installment of Ask The Mayor, Terre Haute Mayor Duke Bennett addresses these issues and more. Listen to the full conversation with Indiana Newsdesk anchor Joe Hren by clicking on the play button above, or read some of the questions and answers below. A portion of this segment airs 6:45 and 8:45 a.m. Wednesday on WFIU.

Hren: You started 2019 with a big announcement, that you will run again for mayor. With all the tight situations with the budget and other items, why go for another round?

Bennett: Well, this is an ongoing process to make Terre Haute a better place and we've done a lot. I feel real accomplished and feel like we've been able to do a lot of the things we wanted to do considering we haven't had much money to do it. We've worked through those financial issues and that's behind us now.

I would love to advance some projects and do some things now that we have some funds available to us. As I look forward, the momentum is really good right now.

Hren: Let's talk budget, it's balanced three years in a row, what changes to people need to know about in 2019?

Bennett: There's really no big changes. Yes some costs have gone up, but we have some new revenue from the public safety local option income tax.  We kept the budget the same so we could put money into the bank so we can reduce and eliminate our borrowing we do to help us with our cash flows.

The only thing there's a deficit in is the two golf courses. None of our other funds have a deficit. All we're doing when we borrow money from the tax anticipation warrant is because we don't have a lot of cash sitting on the sideline for the first six months of the year. So we borrow this money, probably cost us $150,000 in interest and it'll ensure us all of our payments and projects stay on schedule.

We're asking for $3.5 million for the TAW instead of $4 million and our redevelopment loan will go from $2 million to $1 million and it will go to zero with the end of the year. Plus, we're paying on our bond to the county at a tune to about $1 million a year so we're making payments on other things in addition to reducing our borrowing.

Hren: More details are coming out on the downtown convention center, the Trib-Star had more on a possible hotel and parking from a traffic study. What more are you allowed to tell us?

Bennett: The traffic study was really to help study where those flows will be both pedestrian and vehicular traffic. But those plans are not finalized yet and we hope to roll them out very soon and it got a little bit of ahead of us before what we wanted to announce next week. All these pieces are falling into place, but not everything is 100-percent finalized.

8th Street will be closed for one block between Cherry and Wabash, the building will sit across that, but just the downtown traffic in general, all those things have to come into play as we decide how to make the traffic flow once this building is open.

Hren: The report indicated a Courtyard Marriott as the convention center hotel, is that confirmed?

Hren: A new report indicates a Terre Haute casino may not draw Illinois tourists because some lawmakers say there's not much more than cows on the other side of Terre Haute although last month you say a casino is a win-win for everyone involved.

Bennett: I think it's much bigger than what they think. It's a very rural area, that's no question, but Effingham travels to Terre Haute to go to the doctor, to shop, to go out to eat. It's a huge market, even the Danville market, it's going to be closer for them to come here then it would be Gary.

If we place this in the right location, you will not only draw from Illinois, you will draw from Indianapolis.