Ask The Mayor: Kokomo's Goodnight On Last Term As Mayor 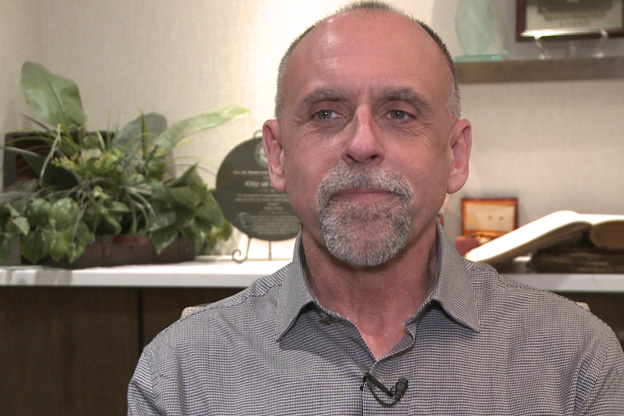 On this week’s installment of Ask The Mayor, Kokomo Mayor Greg Goodnight addresses these issues and more. Listen to the full conversation with Indiana Newsdesk anchor Joe Hren by clicking on the play button above, or read some of the questions and answers below. A portion of this segment airs 6:45 and 8:45 a.m. Wednesday on WFIU.

Hren: You've announced you won't seek a fourth term, tell us a little bit more on how you came to that decision.

Goodnight: There was not one reason, it was a lot in my head - I added up the reasons why I should and why I shouldn't, the pros and cons and I bounced this around internally, talked to a few different people and just decided when elections become about personalities and people having axes to grind, it's really not good for the community and I do care enough about this community that I don't want elections to be about personalities, I want it to be about ideas and I think it's best I don't run this year.

Hren: What do you mean by that? About personalities and axes to grind?

Goodnight: Yeah, I mean sometimes you have people run for office whether it be the mayor's office or city council that are former employees that didn't get the promotion they wanted, things didn't go their way, and you can run for the wrong reasons and I don't want to be a part of that. I felt that we always had the best interest of the citizens of Kokomo at heart. Sometimes you have to make unpopular decisions to move the community forward and I felt like we done that.

Hren: So it seems like a decision that was made recently?

Goodnight: Yeah, after I was elected to a third term it was always at the back of my mind. On December 4th, David Tharp (Deputy Mayor) came into my office with a newspaper article that showed I had become the longest serving mayor in the city's history. We only had one other mayor John Miller that was elected to three terms and he left 13 months early. So that's great, but that's not what I want to be remembered as. I want to be remembered as the one who moved the ball forward. In a lot of ways I feel like we have.

Hren: It may be too early to talk about this, but what would you like to do next? More politics?

Goodnight: I really don't know. My next move is to put together a resume, so I have 11 months to do that, but I'll probably do that in the next couple of months.

Hren: I'm sure you have some things you'd like to get done before you step down at the end of the year.

Goodnight: Yes, we have some trail work around the trail shed at Wildcat Creek in downtown Kokomo. We announced the downtown Conference Center, I don't be around for the ribbon cutting, but I want to make sure that becomes completed and there are a few other projects we started, some improvements at our parks, Kokomo Beach that we've already announced.