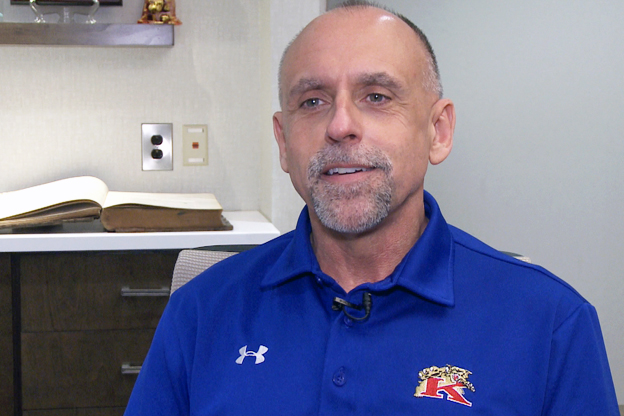 Prior to serving as the city’s mayor, Goodnight was a two-term member of the Kokomo City Council. (Joe Hren, WTIU/WFIU News)

Greg Goodnight says he will not seek another term as mayor of Kokomo.

Goodnight announced his decision Monday during a gathering at the Kokomo Hobson event center.

Goodnight is currently serving his third term as mayor. He says it’s time to introduce new faces to the city’s political sector.

“I think Kokomo can do better than what we’ve had. I think maybe it’s time for a fresh voice instead of the same old candidates, and if that means that I’m included in that, so be it,” he says.

Goodnight says during his tenure, the city’s crime rate has declined and private business investments in the city have increased.

“My only job is to come in and leave the city better than I found it, and I feel like I’ve done that,” he says.

Goodnight’s term will end in 11 months. He says he is unsure of what role he will pursue next but he does not plan to work for the city of Kokomo.