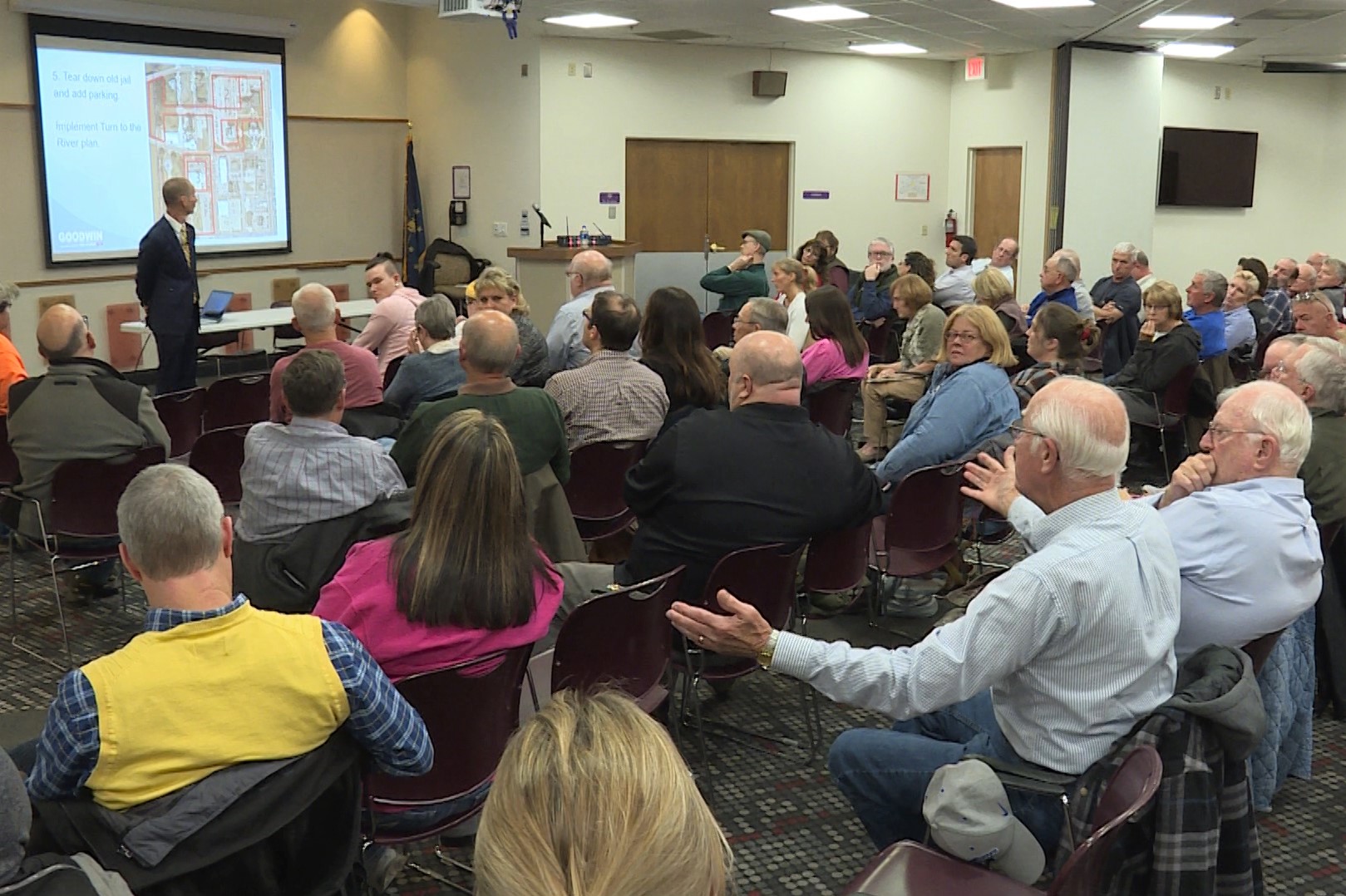 Residents spoke in opposition of the former Paper Mill site, also noting the site may not be up to environmental safety standards after years of chemical exposure. (Alex Eady, WTIU/WFIU News)

Vigo County residents voiced their concerns with the proposed site of a new county jail during a public forum Monday night.

Terre Haute Mayoral candidate Pat Goodwin hosted the meeting. He doesn’t plan to seek a nomination from any political party. Goodwin says he planned the forum to give residents and city leaders the chance to engage with each other on the controversial issue.

"I think that taxpayers deserve to have their elected officials standing before them and answering questions," he says. "We just haven’t had that on this issue yet."

Vigo County Commissioners are proposing building the new jail at the former International Paper Mill site off Prarieton Road. Some county residents are opposed to the idea and feel that location site isn’t the best option.

Vigo County resident Scott Lawrence worked at the International Paper Mill. He says although the plant has been demolished, he is concerned the site hasn’t been adequately checked after years of toxic chemical exposure and oil dumping.

"We’re gonna plant this thing on top of a hazardous waste dump without first coring the earth to see if it’s even fit the build on," Lawrence says. "Which I can’t imagine it would be."

Goodwin also presented a site feasibility study he conducted during the forum. He examined the Paper Mill site and nine other alternatives, reviewing factors including cost, remediation needs, infrastructure and proximity to the courthouse.

Goodwin says the proposed site ranks sixth on the list, largely because of its isolated location from the city’s government complex.

Goodwin says a more fitting alternative is to build on an existing property on the city’s government center campus to save money and cut down on transportation needs.

Vigo County Commissioners must first receive rezoning approval from the City Council in order to move forward with plans for the site.

Vigo County officials will have to present a status report to a federal judge in December on zoning issues surrounding a proposed new jail.

The county must file the report by Dec. 19 in preparation for a court-mandated hearing scheduled for February. Those hearings are the result of an ongoing lawsuit alleging overcrowding and unconstitutional conditions at the current jail.