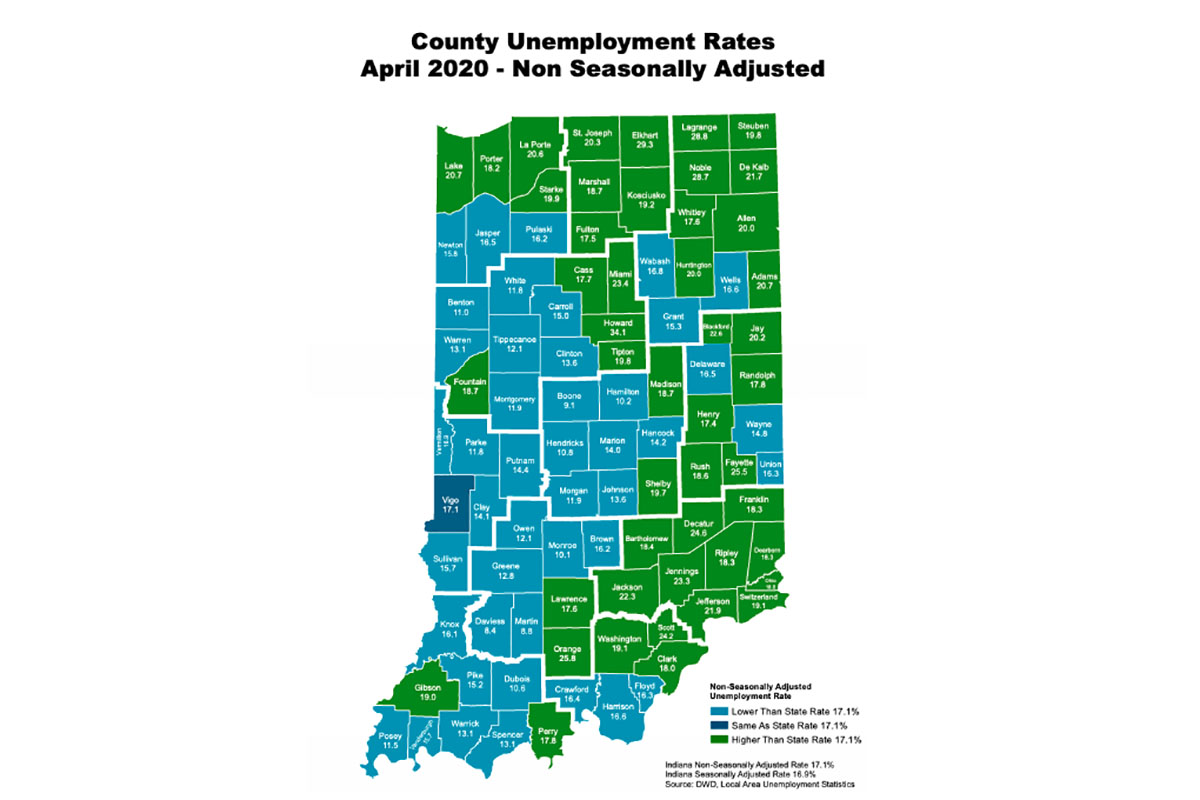 More than 1 in 4 workers experienced unemployment last month in several Indiana counties. Data released Tuesday from the Department of Workforce Development shows which areas of the state were hit hardest.

The new numbers shatter unemployment records set in each of those areas during the Great Recession.

On the other end of the spectrum, Martin and Daviess counties – between Bloomington and Evansville – are estimated to have less than 9 percent unemployment.

The local unemployment rates are estimates based on monthly phone surveys conducted by the Bureau of Labor Statistics and could be revised in the future.