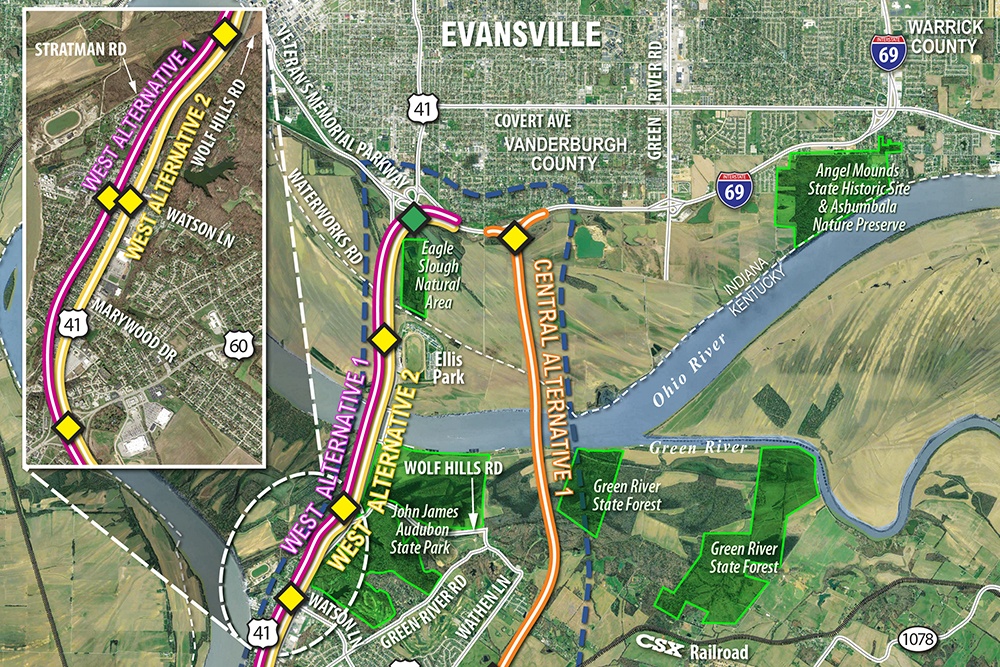 Transportation officials are requesting another round of input from Indiana and Kentucky residents on the I-69 Ohio River Crossing Project.

Last year the Kentucky Transportation Cabinet considered three proposals for an I-69 bridge that would connect Evansville to Western Kentucky. Each option is slated to cost over $1 billion and require tolling to fund the project.

KYTC and the Indiana Department of Transportation are hosting a second public input session in Evansville Tuesday to address comments and questions from residents on the preferred plan.

The Project team will present a report of the recommended route, discuss updates to the proposal since past public comment sessions and present potential tolling options.

The hearing is scheduled from 5 to 8 p.m. at the Evansville Old National Events Plaza. The public can also submit comments on the proposal online through February 8.

- Includes a four-lane I-69 bridge over the Ohio River approximately 7,600 ft. long.

- Includes capacity to expand to six lanes in the future.

- The connection between I-69 and US 41 has been reviewed to improve access to US 60 and the commercial strip.

- Route would displace four homes and no businesses.