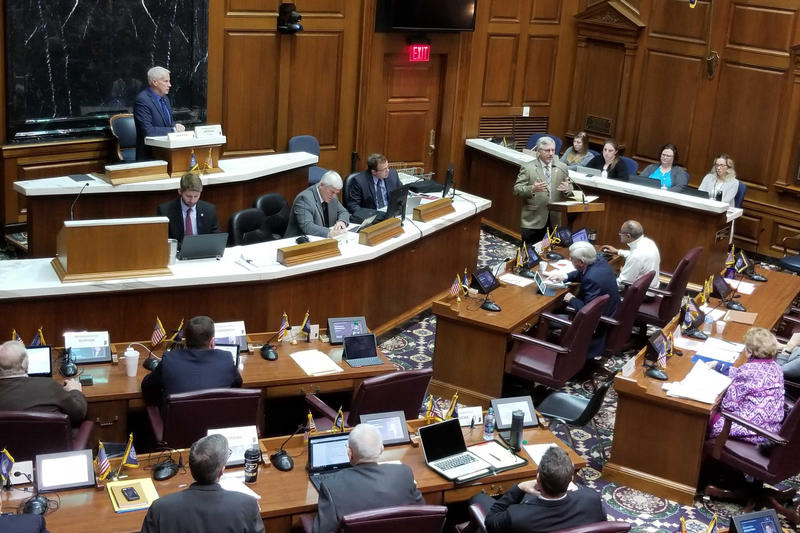 One part of Indiana Republicans’ approach to increase teacher pay statewide is being met with a wave of concerns: teachers and other school advocacy groups say it could limit local control, and, doesn’t do much to ensure more money for educators.

House Bill 1003 would allow school districts to move just 15 percent of funding in their budgets away from “education” expenses – things like teacher pay – toward operation costs, and require the state to create a list of any schools that go over the limit. Districts on that list for longer than two years, could also be sent in front of the state board of education to explain themselves.

The idea behind it, Republicans on the committee say, is to boost transparency and tracking focused on school budgets while ensuring schools are keeping money where teacher wages draw from. Lawmakers passed a bill last year to change the different buckets schools have for funding. Starting this calendar year, districts can keep money in two pools: education and operations.

But the bill doesn’t specify how much money should go to educators, or, how to make up funding gaps for things like maintenance and transportation if a district runs into unexpected or shifting operations costs. Critics like Indiana Association of Public School Superintendents executive director J.T. Coopman say it’s nearly impossible to predict.

“That number is going to change almost annually as to where school districts are going to be with things that are out of their control,” he says.

Marion Community Schools’ Robert Schultz agrees, and says because of the uniqueness of each district, limiting the movement of money for districts could lead to their demise.

“That’s what concerns me about the 15 percent – if it becomes regulation you’re going to price some schools out of operation,” he says.

Committee chair Rep. Bob Behning (R-Indianapolis) says the bill is just one first step in an ongoing process to meaningfully increase teacher pay, and both of the bill’s authors say they are open to changing specifics in the legislation.

The committee approved the bill along party lines.