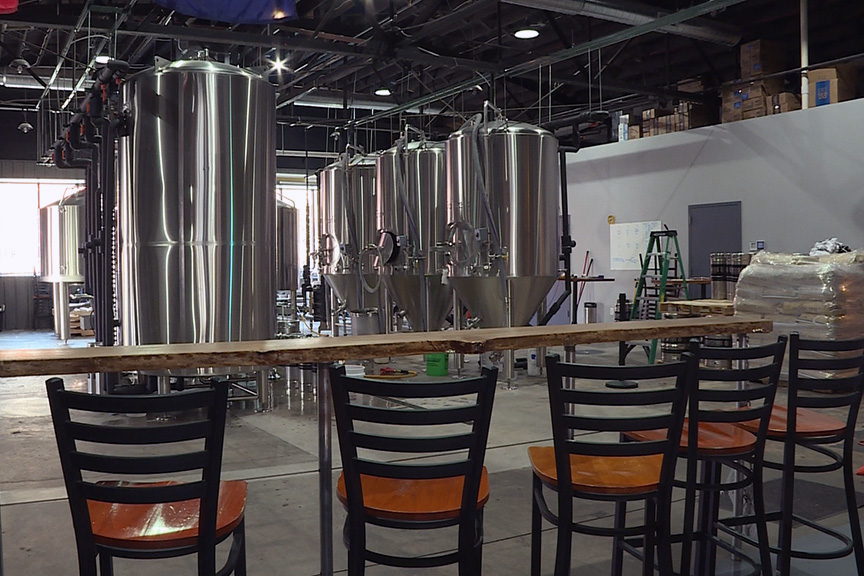 2018 was a good year for Indiana breweries, with 32 new businesses opening in the state. That ties 2015 for the most openings in one year.

Breweries like Bloomington's Switchyard Brewing Co. have to differentiate themselves in a competitive market.

"2018 just happened to be that all the pieces fell together in the right places," says owner Kurtis Cummings.

Switchyard opened eight months ago. The space is a big improvement from where Cummings started.

"We started it in our two car garage," he says.

Because of the increasing competition Cummings says breweries need to create a strong identity.

"One of the industry trends I’m seeing right now is that breweries have to be unique," he says. "The days are gone where you can just open your brewery, immediately get put on store shelves, immediately find tap handle accounts."

"Even a six-year old’s birthday has been celebrated here at our taproom and I think that is very hyper local," he says. "But we have a fifteen barrel brew house, which is pretty large."

Hoosiers can expect to see the brewery boom continue this year. According to the craft beer marketing company Indiana On Tap, about 22 craft breweries are already slated to open in 2019.

Cummings says he thinks there’s still room for more due to the industry’s collaborative nature.

"We all still have this common goal to increase craft, to get people to taste craft beer, to learn about craft beer, to think about beer isn’t just something that’s yellow and fizzy," he says.