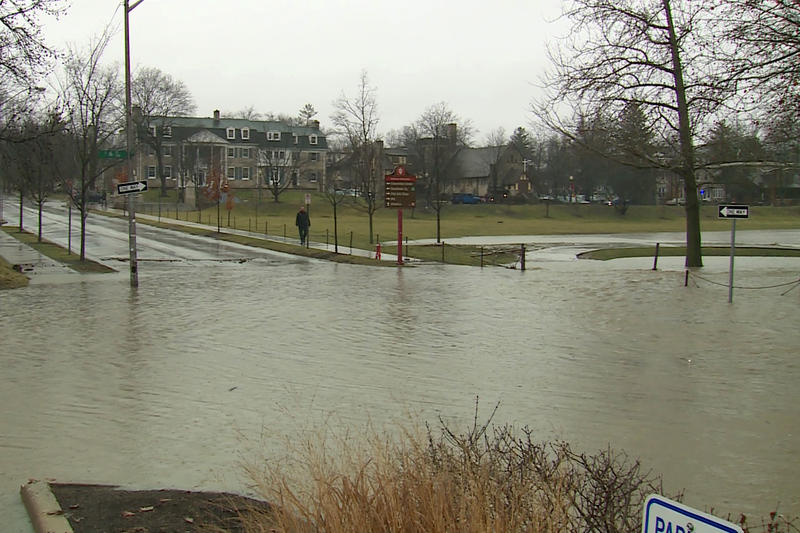 The flooded intersection of 6th Street and Indiana Ave. in Bloomington on Feb. 7. (Steve Burns)

A statewide survey says the majority of Hoosiers believe climate change is happening and most support efforts to lessen its effects on Indiana. More than 1,000 people responded to the Indiana University Environmental Resilience Institute’s survey earlier this month.

Jim Shanahan is dean of Indiana University’s Media School and associate director of the Environmental Resilience Institute. He says while there are other public opinion surveys that show how people in Indiana feel about climate change, such as the one from the Yale Program on Climate Change Communications, many of those are based on projections.

Shanahan says the institute wanted a better picture of Hoosiers' opinions. The ERI is expecting to release the results of a larger and more detailed survey on climate change perceptions this fall.

Most of the differences in opinion in the survey results were along party lines. Fewer than half of Republican repondents said climate change is harming people and only a quarter think it will affect the state’s economy.

Still, 65 percent of Republicans in Indiana support some kind of action to prepare Indiana communities for climate change.

“If there’s anything hopeful about this particular finding it’s for people to say, ‘Oh, maybe things are are less polarized than they appear to be.' In reality, maybe there is more room for people to talk to each other,” he says.

While 80 percent of survey respondents think climate change is happening, they underestimated their fellow Hoosiers and suspected only a little more than half agreed.