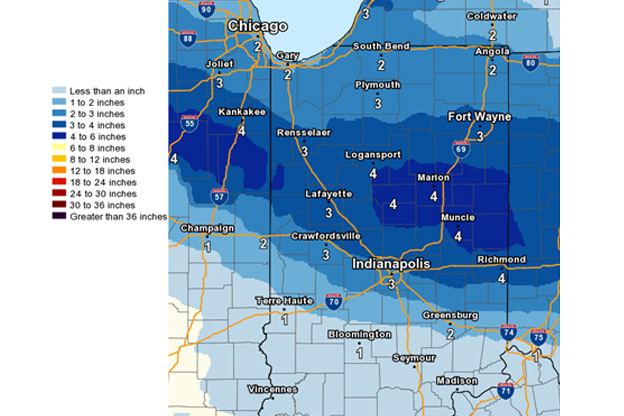 Wednesday’s high temperature of 3 degrees set an Indianapolis record for the date. The low of minus 11 degrees tied the 1966 record.

National Weather Service reports wind chills Wednesday morning dropped as low as minus 49 degrees in Kokomo and Westfield. Indianapolis recorded wind chills of minus 37, Ellettsville and Greenwood minus 33, Columbus minus 30, and Bedford minus 26.

A winter weather advisory takes effect at 7 p.m. and extends through 10 a.m. Friday. Forecasters warn drivers to look out for slick and snow covered roads.

Temperatures should rise to 22 degrees by early Friday morning with daytime highs near 40. Saturday could see 49 degrees, Sunday 59 and up to 62 degrees with rain by Monday.

Weather status by county as well as delays and closings being reported to WFIU and WTIU News may be found here.