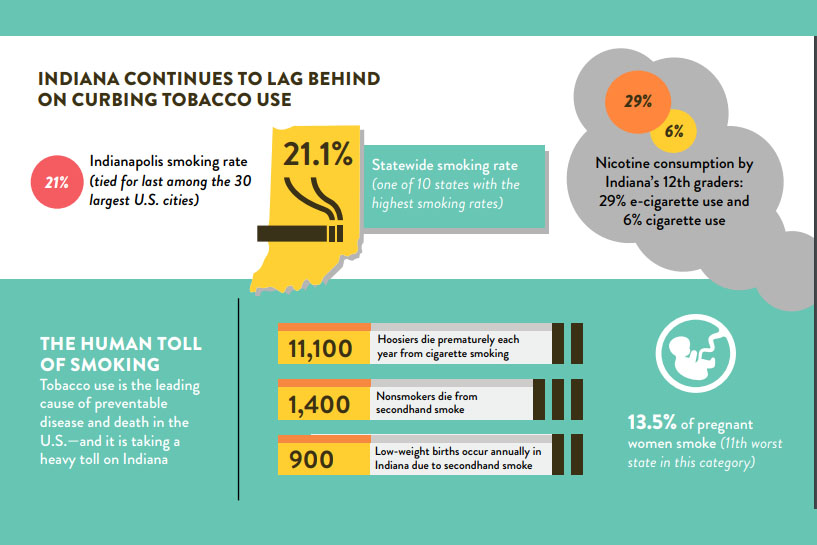 More than 12,500 people in Indiana died last year from tobacco related diseases, according to a new report from the Richard M. Fairbanks Foundation.

Indiana’s smoking rate is among the highest in the nation. More than 21 percent of Hoosiers smoke, and that rate has remained stagnant in recent years.

Indiana has higher smoking rates among African Americans, pregnant mothers and members of the LGBTQ community, and all of those rates are higher than national average.

President and CEO of the Fairbanks Foundation Claire Fiddian-Green says the report is also meant as a call to action for policy makers in particular.

"It turns out that for addressing the tobacco epidemic the policy level is really the most impactful," says Fiddian-Green.

In recent years, Indiana lawmakers have voted not to raise the cigarette tax.  The report finds that if the state raised the tax by $2, more than 70,000 Hoosiers would quit and save nearly $79 million in health care costs in the first five years.

Fiddian-Green says the rapid increase of young Hoosiers who use electronic vaping products is also alarming.

Indianapolis is tied for the worst smoking rate among 30 large US cities.