By Alex Eady And Isaiah Seibert 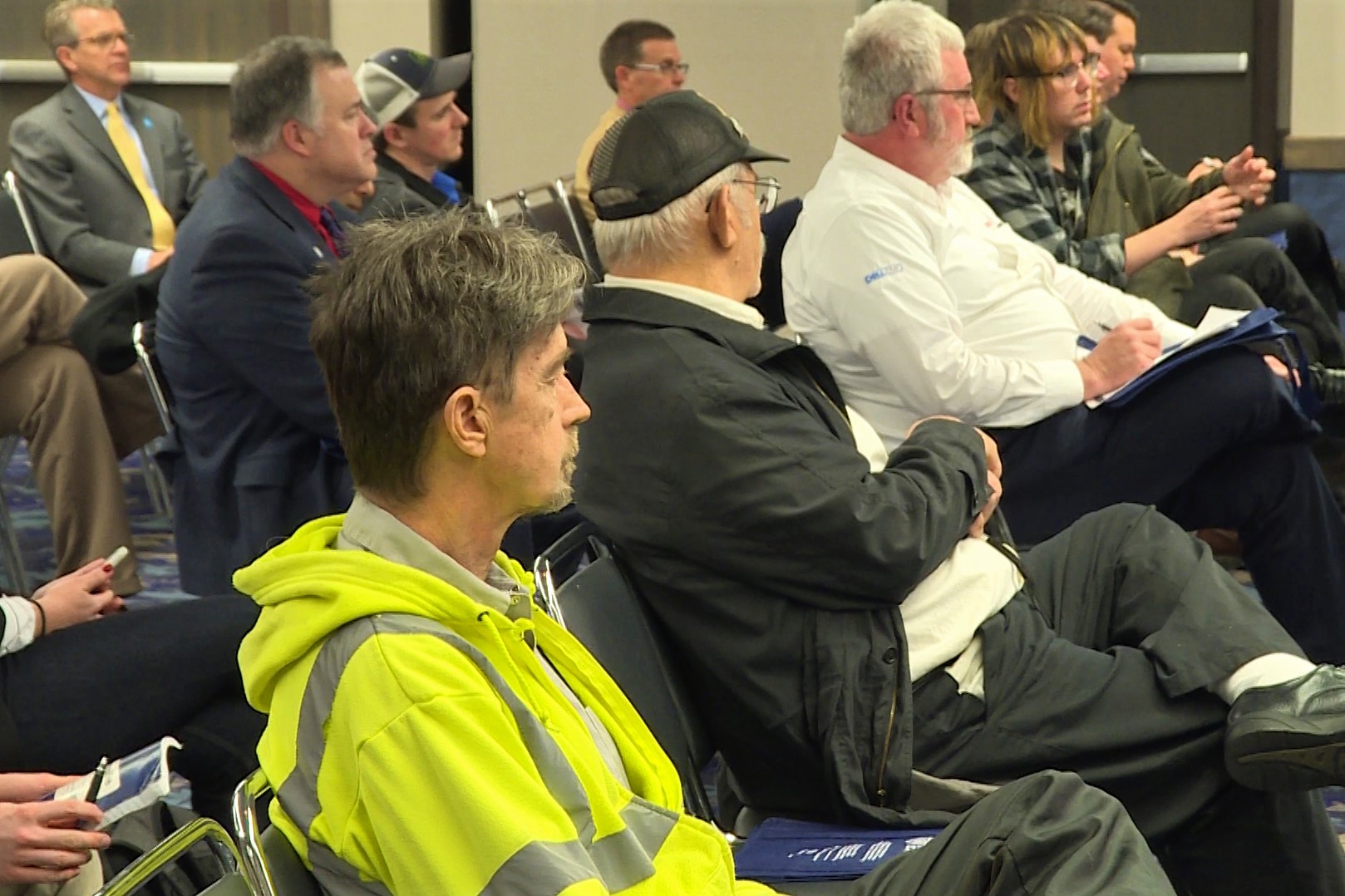 Residents from Indiana and Kentucky had the chance to comment on the recommended routes for the Ohio River Crossing project. (Alex Eady, WTIU/WFIU News)

Indiana and Kentucky residents had the chance to weigh in on the proposed I-69 Ohio River Crossing project during a public hearing Tuesday.

The Kentucky Transportation Department and the Indiana Department of Transportation are collaborating to finalize plans for a new I-69 bridge over the Ohio River, which will connect Evansville to western Kentucky.

Members of the Ohio River Crossing project team presented their latest findings last night – including the cost and potential impacts of the project.

Project spokesperson Mindy Peterson, says the team is considering several factors before deciding the most appropriate plan for the bridge.

"It’s going to be continuing financial analysis, it’s going to be that federal grant availability, how much money is available at the federal level for this project, and then the public feedback. So, it’s very important as we continue this decision-making process," says Peterson.

The route recommended by a project team calls for tearing down the southbound U.S. Highway 41 Twin Bridge and building a new four-lane I-69 toll bridge a bit to the east.

Tonight’s public hearing is now underway where transportation officials will discuss the proposed I-69 #ORX project. IN & KY residents can weigh in on the $1 billion bridge project which will connect the two states across the Ohio River. pic.twitter.com/1GspLZA03z

The recommended route is the cheapest of several options – with an estimated cost of nearly $1.5 billion.

The team is still studying whether drivers whould have to pay a toll to use the remaining Twin Bridge.

Many business and community leaders and spoke in favor of the project, touting efforts to enhance safety and connectivity. But almost all community members prefer no toll on Highway 41.

Evansville resident Sean O’Daniel says he’s in favor of a new I-69 toll bridge, but the existing US 41 bridge should be retained to avoid traffic flow issues.

"They need to hear from the people that are actually using the interstate and roads on a day to day basis. They live in the community, they work in the community and they know the day to day problems that they would face," says O'Daniel.

The project team plans to confirm its preferred route later this year.

The public can submit comments on the proposal online through February 8.