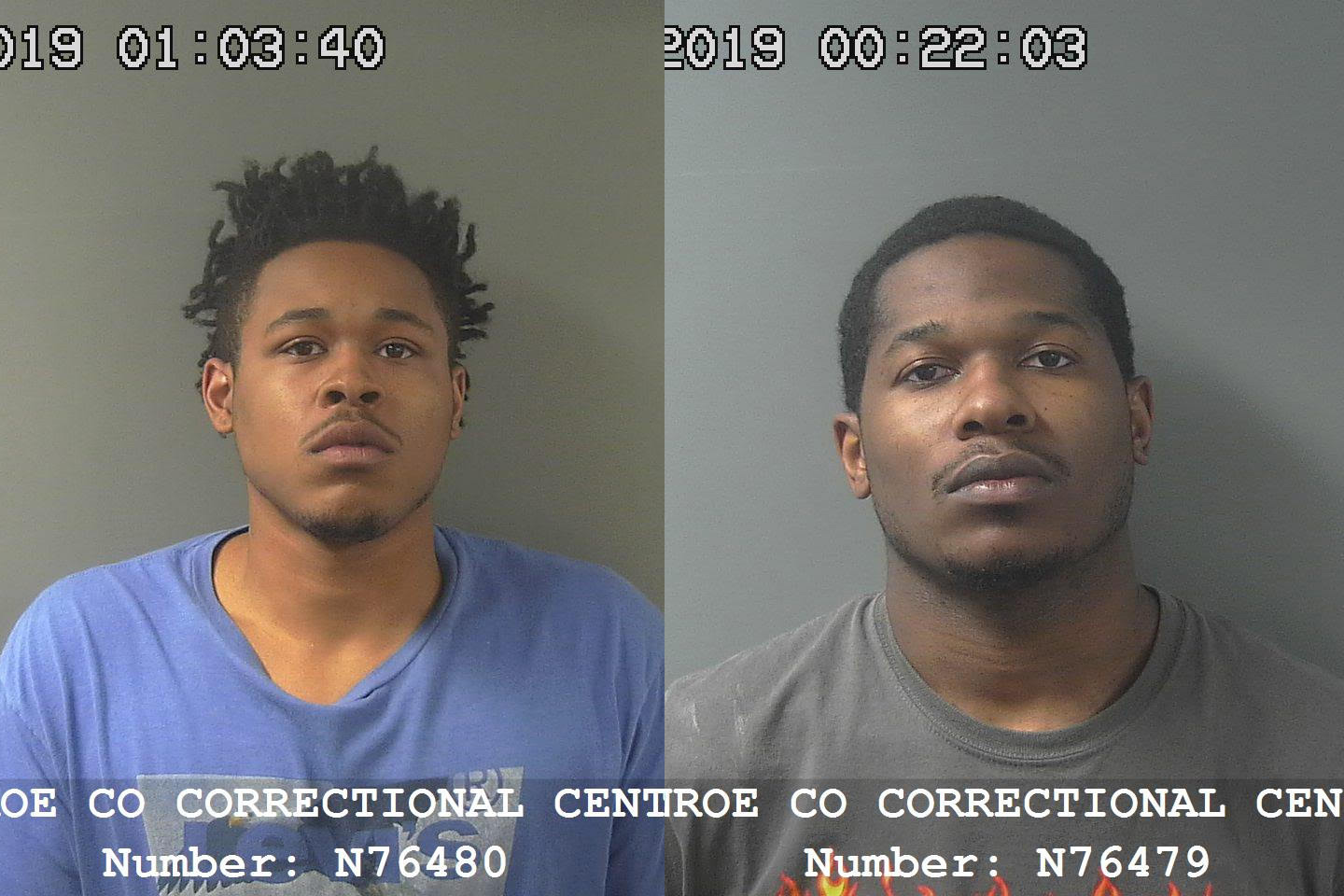 Bloomington police say one person is dead and another is injured after a shooting Thursday night at an apartment complex on North Walnut.

Two suspects are in custody: Jamarius Turnage, 25, and Cleodis Collins, Jr., 24, both of Fort Wayne.

"We were able to determine that the suspects had traveled to Bloomington with the intent to purchase marijuana from the victims," Lt. Ryan Pedigo says. "At some point on their travels here, apparently they decided to steal the marijuana as opposed to buying it."

Pedigo says police were called to the 2000 block of North Walnut at about 9:16 p.m. after a 911 call that multiple gunshots were heard. Police found two victims had been shot and transported both to the hospital.

21-year-old Skylar Maupin of Seymour was shot multiple times in his upper torso and died at the hospital as a result of his injuries.

The other victim, who is not identified, was shot once in the shoulder. That person is in stable condition.

Pedigo says one of the suspects had a physical altercation with one of the victims in a bedroom. One suspect fired multiple times, injuring Maupin, and both Turnage and Collins ran out of the aparment.

Outside the apartment, the other suspect took possession of the handgun and fired into the front window of the apartment, shooting the second victim once. The suspects then fled in a vehicle.

Pedigo says the second victim was able to give them identifying information about the suspects, who they believed to be traveling north. Neighboring police agencies assisted in a search for the vehicle.

The Morgan County Sheriff's Department located the suspects in Martinsville, with a handgun in plain view on the floorboard of the car.

"We sincerely appreciate the officers in Morgan County," Pedigo says. "They acted very quickly on the information we were able to provide to them. To have two suspects in custody for a crime this heinous within 50 minutes of the initiall 911 call is - it's impressive."

Both are in custody at the Monroe County Jail.