Notre Dame To Cover Up Murals Of Columbus In New World 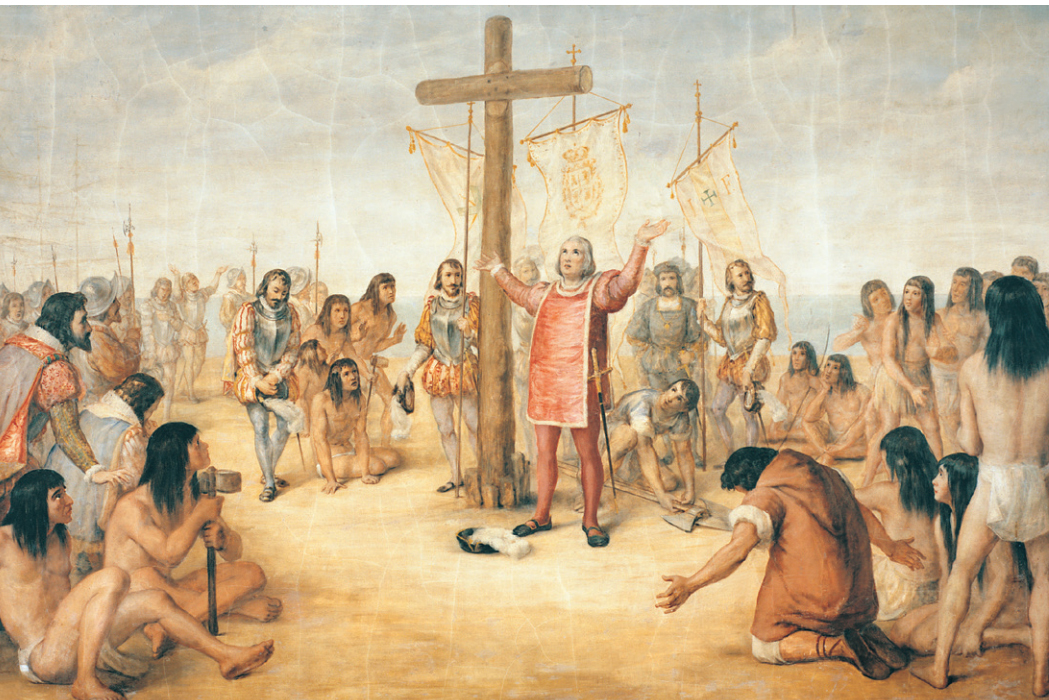 This mural depicting Christopher Columbus, painted by Luigi Gregori, is on display at the University of Notre Dame. (Wikimedia Commons)

The University of Notre Dame says it will cover murals in a campus building that depict Christopher Columbus in the Western Hemisphere.

The school's president, the Rev. John Jenkins, says the paintings from the 1880s were intended to encourage immigrants, especially during an anti-Catholic period in America. But he says the 12 murals hide a "darker side" of Columbus' story: the exploitation and repression of Native Americans.

Marcus Winchester-Jones is president of a Native American student group. He praised the decision.

The murals in Notre Dame's Main Building are painted directly on walls. In a letter Sunday, Jenkins says the murals will be covered, although they still could be occasionally displayed.

Jenkins says a permanent display of photos of the paintings will be created elsewhere with an explanation of their context.