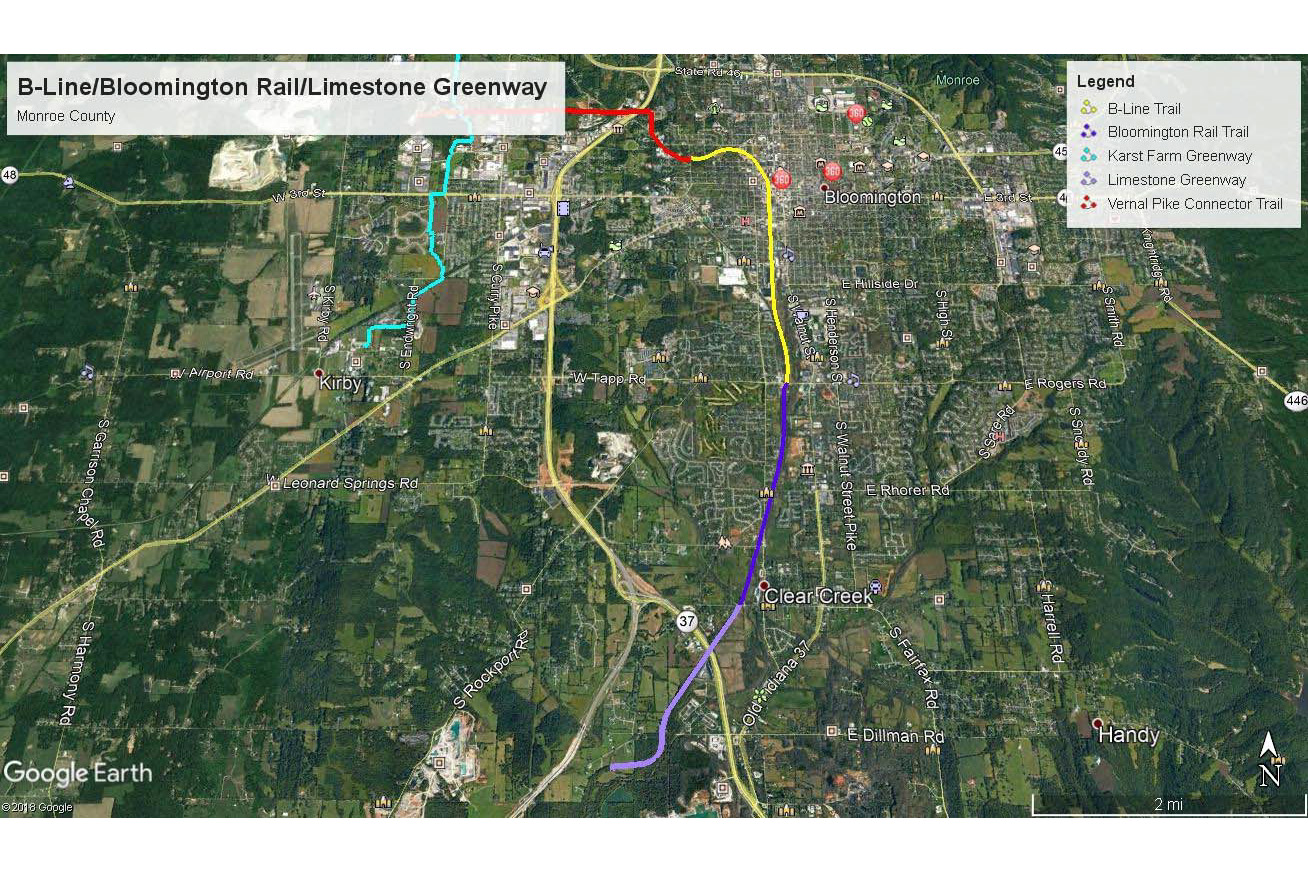 A map showing the current B-Line and Rail Trail, with the upcoming Limestone Greenway on the south end (Courtesy: Monroe County Parks Department)

A new trail south of Bloomington is expected to be complete by the end of the year.

The city of Bloomington operates the B-Line trail and the gravel Rail Trail, just south of that.

Monroe County officials will extend the connection south with a new trail. The paved Limestone Greenway will run about 1.7 miles.

John Robertson is the Assistant Director for the County Parks Department.

He says the county has been working with Bloomington and Ellettsville officials for years to eventually create a trail that connects the northern and southern edges of Monroe County.

"Now that sounds simple but it’s actually all divided up into little pieces," he says. "So the Limestone Greenway is going to be the southern-most portion of that visionary system."

Robertson says that final trail is years in the future, but he’s already excited about it.

"It’s an alternative transportation method for people, once its all said and done, to get from one side of the county to the next is a pretty big deal," he says.

The Limestone Greenway will cost about $950,000. A grant from the Department of Natural Resources will cover about $200,000.