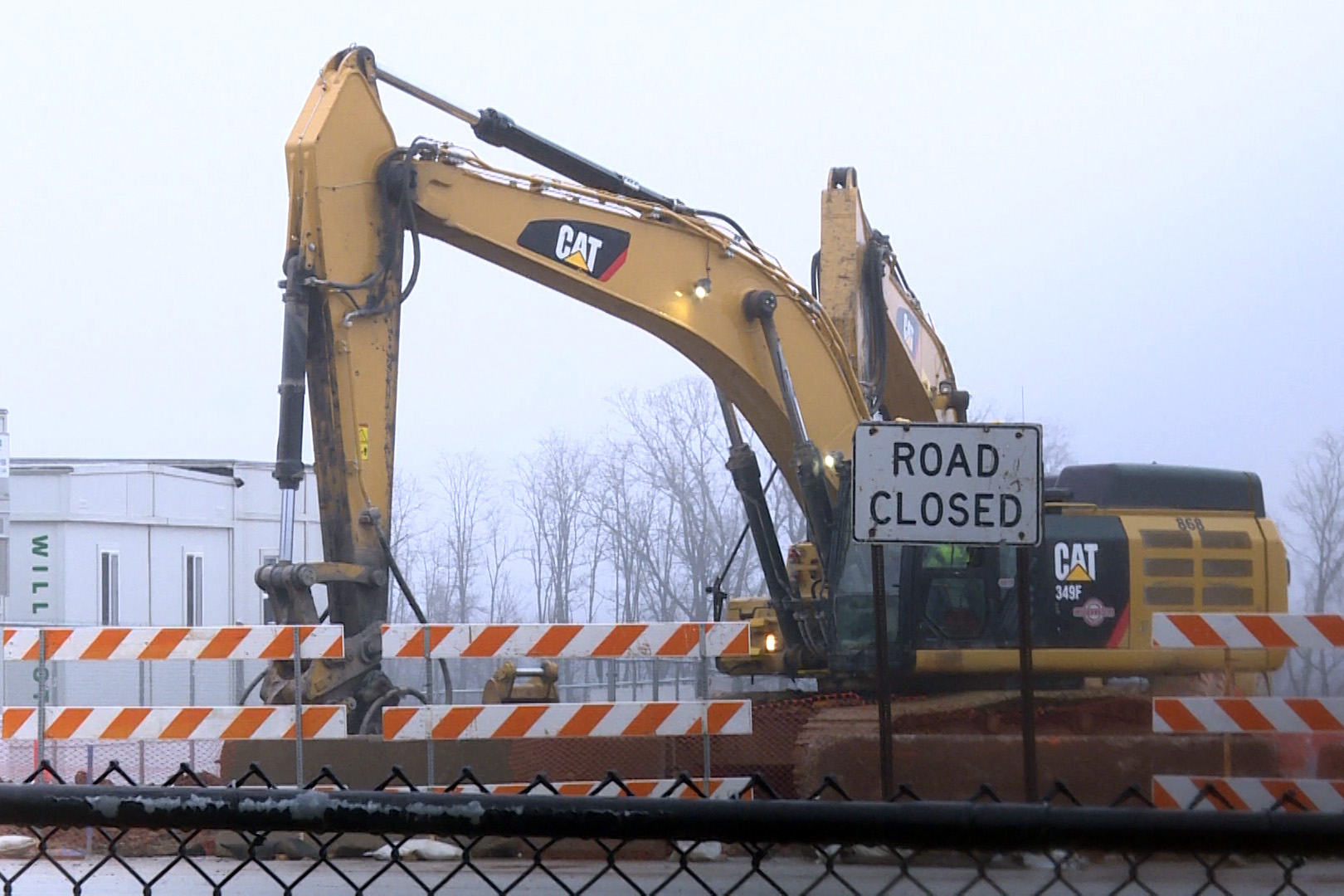 The construction site on the 45/46 bypass is busy, with several large cranes in place to help with the process. (Alex Eady, WFIU/WTIU News)

IU Health officials say construction on a new hospital and academic center in Bloomington is on schedule for the facility to open in 2021.

The construction site on the 45/46 bypass is busy, with several large cranes in place to help with the process.

Teri deMatas is the Vice President of Marketing and Communications for IU Health. She says there are about 150 people working on the site and they plan to double that number by the end of the year.

"We’re orienting some of the people that are going to be working on the site. Because safety is our number one priority we're putting everyone through safety training," she says. "And also we're preparing some of the site work in terms of the grounds, the excavation."

IU Health and IU Bloomington are partnering to create a regional health center that will include both the hospital and university buildings for healthcare training programs.

DeMatas says the new facility will offer all private rooms and new technology for both university students and patients.

"I know there’s a lot of excitement in the community because whenever a hospital locates somewhere, a lot of businesses want to be around that," deMatas says. "Whether that’s other medical facilities or even options for restaurants or places for people to stay."

DeMatas says in the coming months, construction crews will begin putting up columns and walls.

The hospital is working with Indianapolis-based construction company F. A. Wilhelm, as well as local subcontractors, to complete the nearly $300 million project.