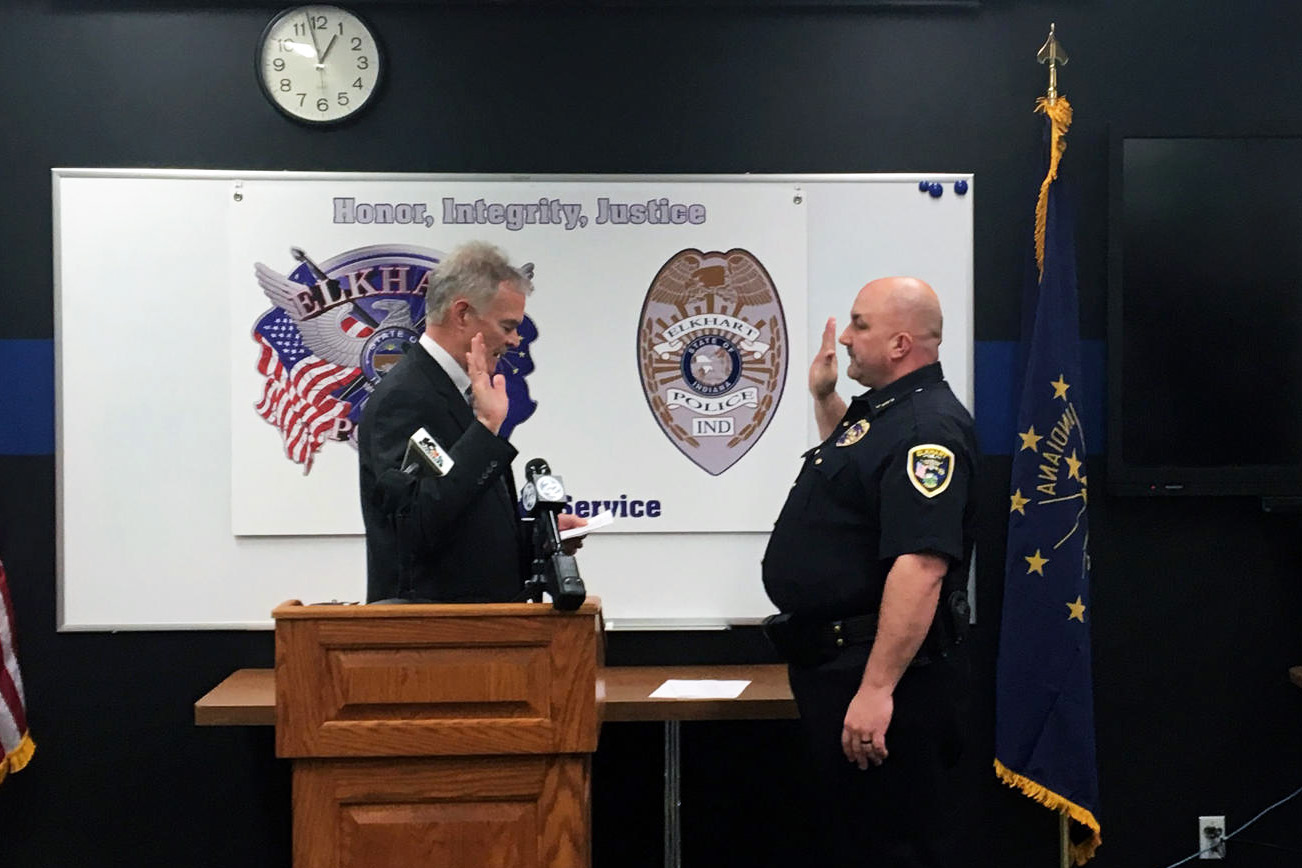 The new police chief of a northern Indiana city says he will focus on transparency and accountability after his predecessor was forced to resign over questions of department discipline and the beating of a handcuffed suspect by two officers.

Chris Snyder was sworn in Monday as the new head of the Elkhart Police Department. He's a 21-year Elkhart police veteran who was most recently a homicide detective. He is replacing former police chief Ed Windbigler, who resigned last month.

Windbigler was suspended in November after downplaying the beating of a handcuffed suspect. Officers Cory Newland and Joshua Titus were placed on administrative leave in November and have been charged with battery. They have pleaded not guilty.

Snyder says the department will work to quickly and publicly acknowledge mistakes and misconduct.