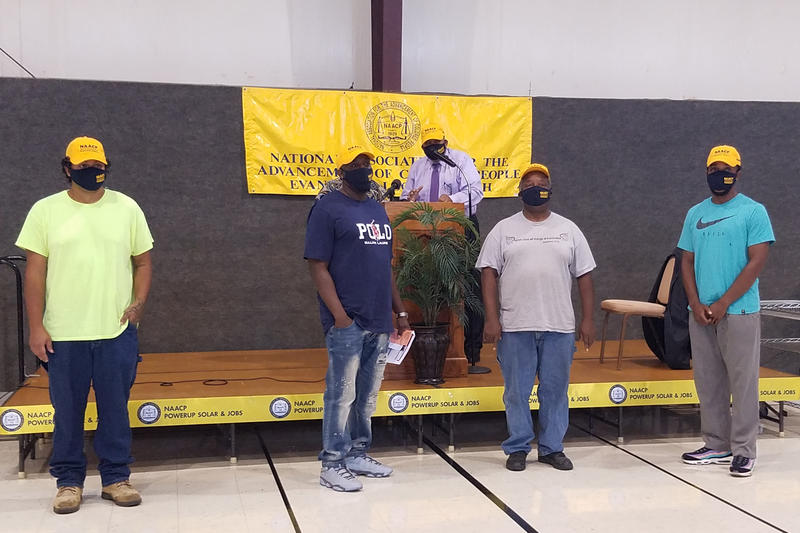 The Indiana NAACP announced on Friday it will help fund the installation of solar panels on the roof of a community center in Evansville.

It’s part of a larger effort to provide solar to vulnerable communities and create solar jobs for unemployed, underemployed, and formerly incarcerated Hoosiers.

The solar panels on top of Greater St. James Community Recreation and Education Center are expected to reduce its energy bill by 40 percent. That savings can then be used to serve lower-income and African American communities in the area.

Evansville resident Julian Sejuela is one of them. He has a background in construction and said he hopes to get involved in the growing solar installation market in the city.

“The ultimate goal is gainful employment, but honestly, it's just been a great learning experience for me. I’ve picked up a lot of stuff that translates over to other aspects of my work," he said.

Denise Abdul-Rahman is with the NAACP's environmental climate justice program. She said African American residents are twice as likely to be unemployed — and the pandemic has only made things worse. But there could be an opportunity in Indiana’s growing solar energy industry.

"We want to create a just transition for everyone. We want everyone to be safe, everyone to have thriving living wages and we know it's possible," she said.

Abdul-Rahman said those who finish the NAACP’s solar job training program will be offered opportunities with the International Brotherhood of Electrical Workers or can participate in an NAACP internship where they can become solar certified.

Officials with the NAACP hope efforts like this will serve as an example of what equitable energy policies could achieve in Indiana.