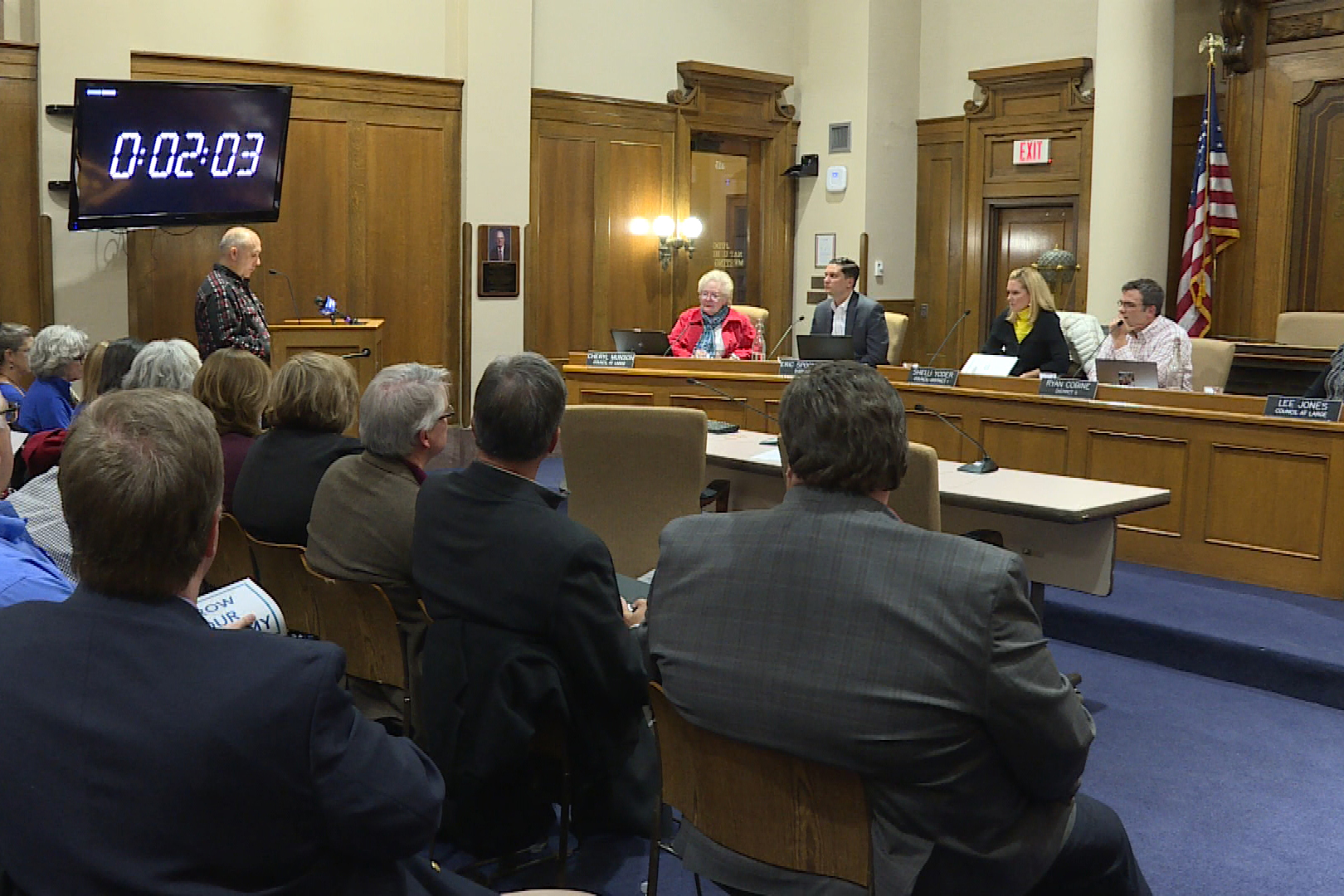 People who go out for dinner or grab a drink in Monroe County will pay a 1 percent food and beverage tax starting in February.

After five hours of public comment and discussion, the county council voted 4-3 Wednesday night to pass the tax. It will fund a long-awaited expansion of the county convention center.

The $35 million expansion itself wasn't controversial, but residents and county leaders disagreed on how the project should be funded.

Related: Tune into WFIU on Friday, Dec. 15 at noon for a live discussion about the future of the convention center.Â

Several Indiana University students spoke out against the proposal, arguing they would be disproportionately impacted.

"Students don't have any extra money," saysÂ Emma Coates, Speaker of Congress for theÂ IU Student Association. "Many of them have thousands of dollars in student loans they have to worry about paying for. So, if you want to renovate your convention center, don't put that burden on us."

Others say the tax is regressive and will make food insecurity an even bigger issue for those with low wages. William Ellis is chair of the Monroe County Republican Party. He says the tax could be bad for some businesses, too.

"What's going to happen, they're going to have the same exact amount of people going through their drive thru," Ellis says. "So, next thing, oh they're a little short of money, so instead of getting the double, they'll get the single. Doesn't sound like much, but you're going to have less of an average check or dollar amount [per] order."

But several local business owners spoke in favor of the proposed tax.

.@MayorHamilton is now speaking in favor of proposed tax.

.@MayorHamilton is now speaking in favor of proposed tax.

Many supporters of the measure pointed to the potential for additional economic development and job growth the county could see as a result of the expanded convention center.

"I think the proposed 1 percent tax is a modest and manageable investment on the part of residents into one of our most important community resources," says Matt Alano-Martin, co-founders of Limestone Comedy Festival. "An investment that will not only show economic returns for the county,Â but also an expanded ability to serve the interests and Â needs of its population."

The meeting went on for five hours before the council took a vote.

Jones says it felt like Monroe County residents were being asked to pay tax on a necessity in order to fund an amenity. She says she's generally against food taxes because they limit choices for those struggling.

Hawk worried about the potential for the expansion to fall through or cost more than originally projected. She wanted language added to the ordinance that stipulates the council will revisit the issue in the future and revoke the tax if it isn't being used to fund the convention center expansion. The ordinance stipulates revenue from the tax will go toward funding the convention center, or other economic development and tourism-related investments.Â But Hawk never made a motion to amend the ordinance.

Spoonmore says he wanted more time to explore other possible funding mechanisms, such as raising the innkeepers tax.

The vote approving the tax is essentially the first major step in making the convention center expansion a reality. The county is working with Indianapolis-based Sun Development on the project. Sun will build a $37 million, 224-room Embassy Suites hotel as part of the agreement. The expansion will be built across the street from the current convention center, on land the county purchased in 2010.

Money generated from the tax outside of Bloomington city limits will be used for economic and tourism-related investments in Monroe County.

The food and beverage tax goes into effect Feb. 1.