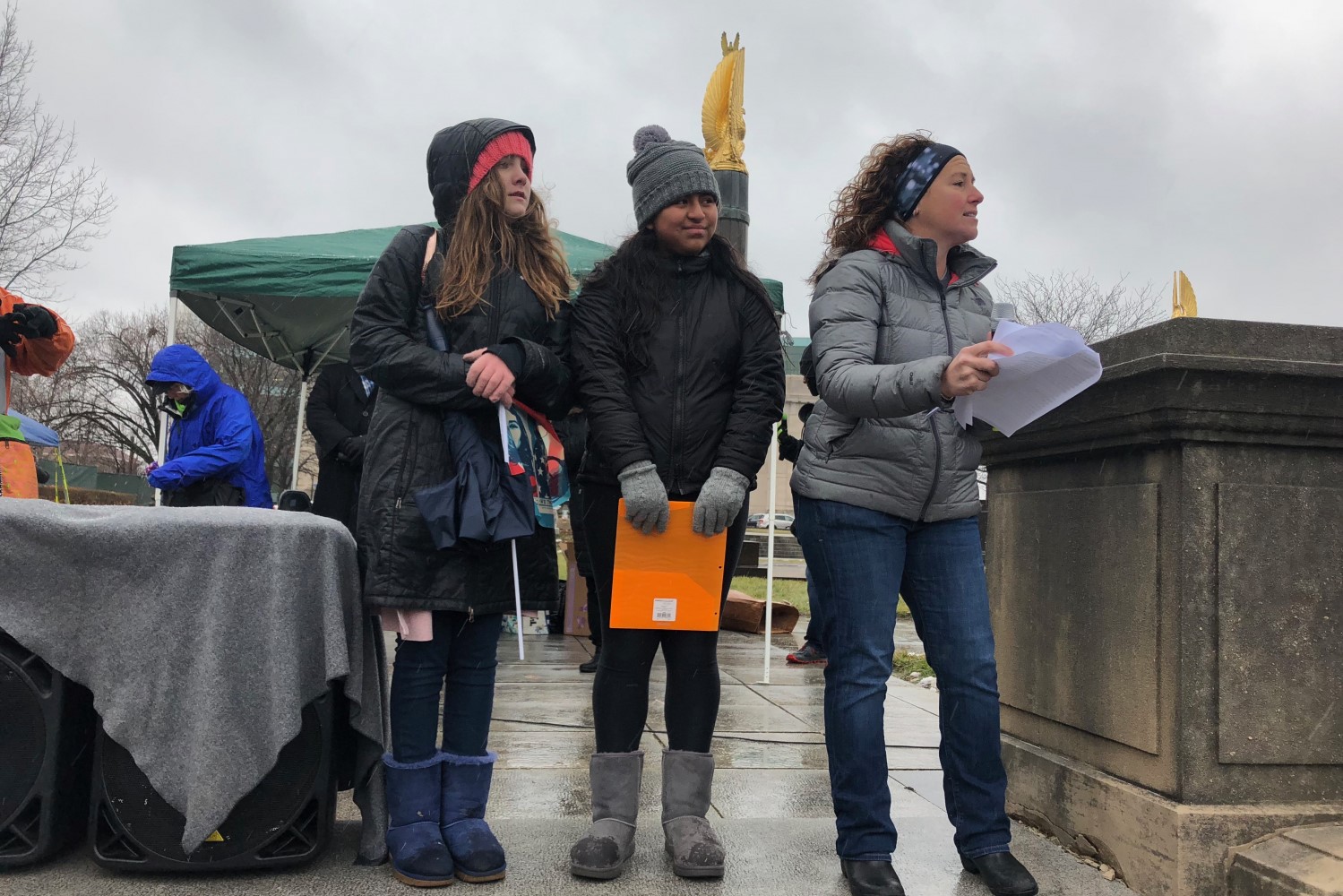 Shelly Fitzgerald was suspended from her job at Roncalli High School in August, and her story garnered national attention. (Photo: Carter Barrett)

More than 100 people rallied in the freezing rain on Saturday for the Women’s March in Indianapolis.

Speakers covered a wide range of topics, such as the importance of uplifting marginalized groups and running for public office.

Shelly Fitzgerald, the Roncalli High School counselor who received national attention last year after her marriage to a woman led to her suspension, was the keynote speaker. Her speech called for unity within the movement.

"We have to forget our differences for now and focus on our similarities," Fitzgerald said. "When we are divided into smaller groups, we are simply not as strong.”

Last week, Fitzgerald filed a discrimination claim with the Equal Employment Opportunity Commission. This is the first step in filing a possible lawsuit against the Archdiocese of Indianapolis.

Other speakers at the rally voiced support for certain legislation at the Statehouse, including a hate crime bill and a bill that would prohibit gay conversion therapy.

The event coincided with the national Women’s March in Washington, D.C.