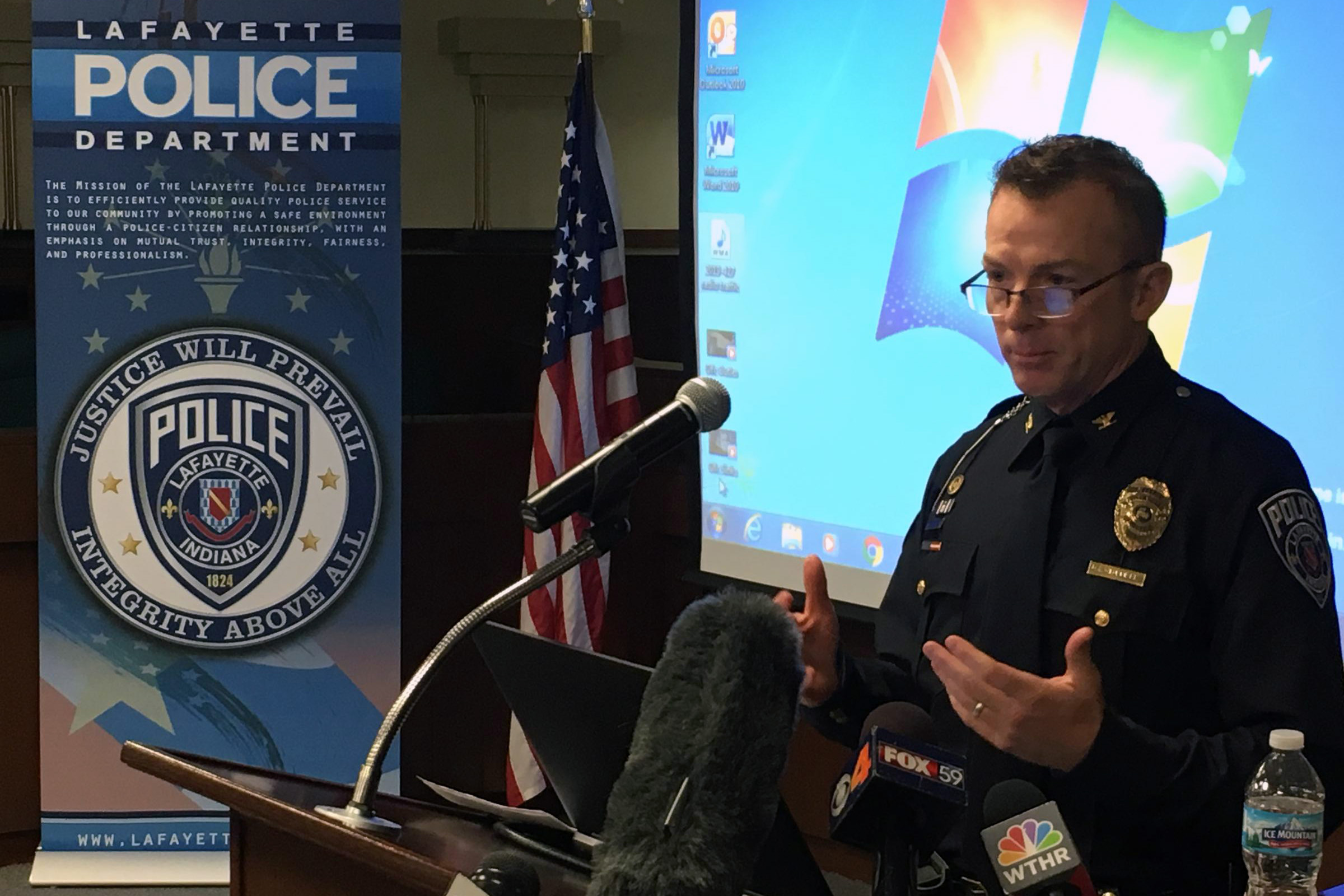 Body camera videos from all three officers shows a methodical apartment search that ends explosively when a large dog, which can be glimpsed throughout the footage, breaks free of its wire cage.

Wright’s gun fires, and the bullet goes through a door and strikes Butler as she exits the apartment.

Lafayette Police Chief Pat Flannelly, speaking to reporters Friday morning, said the chaos of the situation led a police review board not to discipline Wright.

“It’s a very dynamic and fluid situation,” Flannelly says. “The environments can be very unpredictable. And when we train, we train to be prepared for any eventuality.”

The body cams show Butler struggling to stay upright as she’s moved first into a police vehicle, then an ambulance. The fired round hit Butler in the shoulder, then then in a rib, Flannelly says. Wright is heard on the video admitting he shot Butler, and Flannelly says he’ll return to duty Monday after being placed on paid administrative leave.

“This was not the result of an act of negligence, carelessness, or otherwise reckless behavior,” Flannelly says. “It was accidental.”