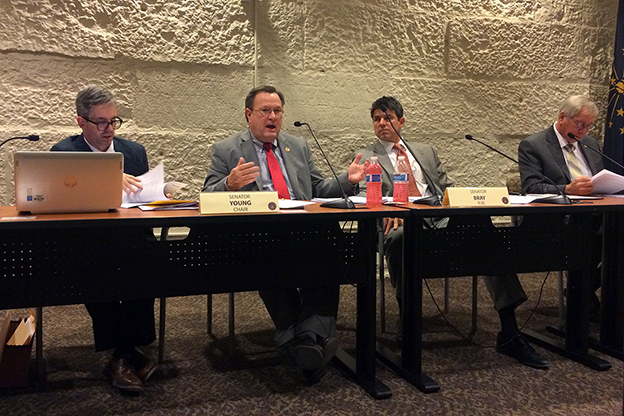 Governor Mike Pence began the 2016 session with 14 items on his agenda. All but two found traction.

One of those would have granted minors seeking emergency help immunity from drug charges. This immunity is already granted to underage drinkers under Indiana's Lifeline Law. The state's Drug Abuse Task Force recommended the expansion, and Pence supported it. But Senate Committee Chair Mike Young refused to hear the bill.

"It sends the wrong message that, take as much as you want, as long as someone calls in to get you help, you can't be charged for your wrongdoing," Young says.

The measure's author Sen. Jim Merritt, R-Fall Creek, says he's disappointed but admits that police and EMTs are already moving in the direction he wanted to go.

"Most law enforcement is undergoing 911 training these days, doesn't make the arrest," Merritt says. "They are more interested in the life of the patient."

Lawmakers approved other bills recommended by the drug task force with near-unanimous support.