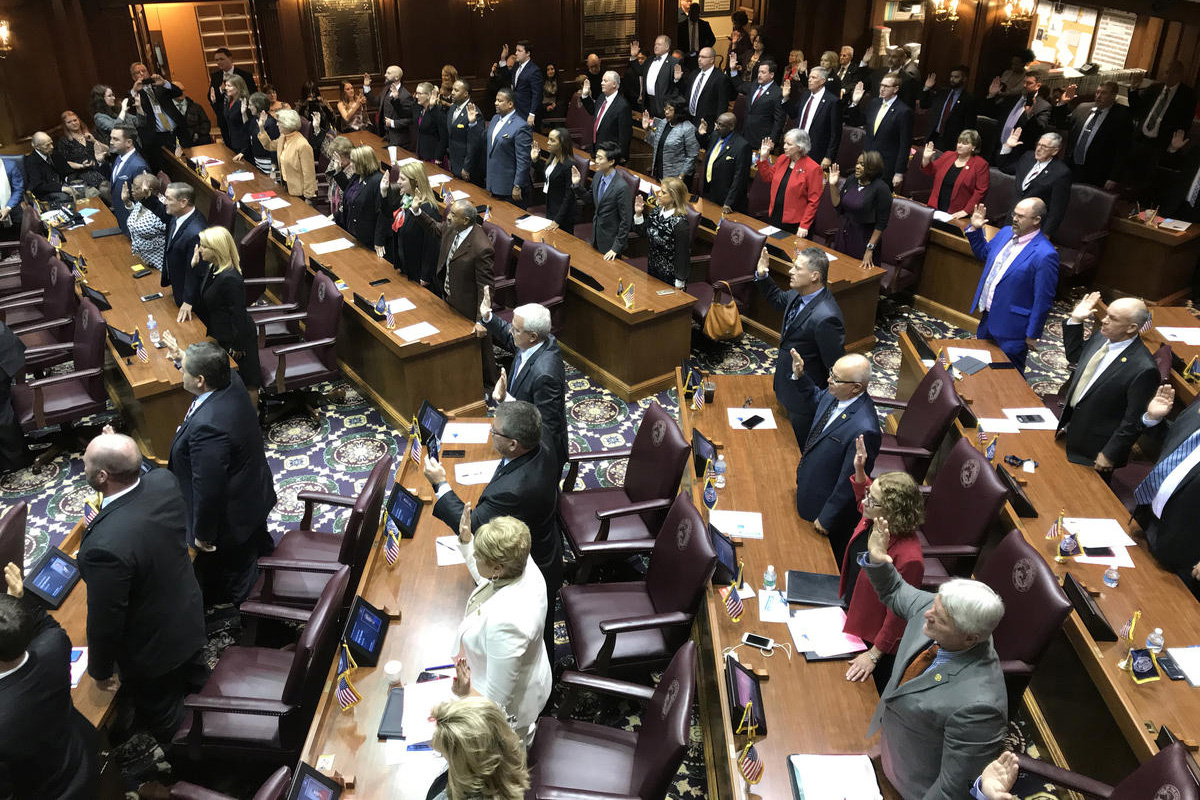 Members of the Indiana House of Representatives are sworn in. (Brandon Smith/IPB News)

Bosma and other legislative leaders cast their vision Tuesday for the 2019 legislative term.

“Finding education dollars, ensuring parents that when they drop their children off to school that they are safe and going to get a good education, or finally trying to fine-tune our workforce and ensure that the people in Indiana have the skills and the training to do the jobs that Indiana has to offer,” Bray says.

But Bosma says with that list comes limited resources.

“So we’re going to have more needs – more critical needs – than we have available dollars,” Bosma says.

Bosma says funding needs at the Department of Child Services are expected to use most of the new dollars Indiana will expect to bring in over the next two years.

The state has a budget surplus of nearly $2 billion.

The budget-writing session begins in January.