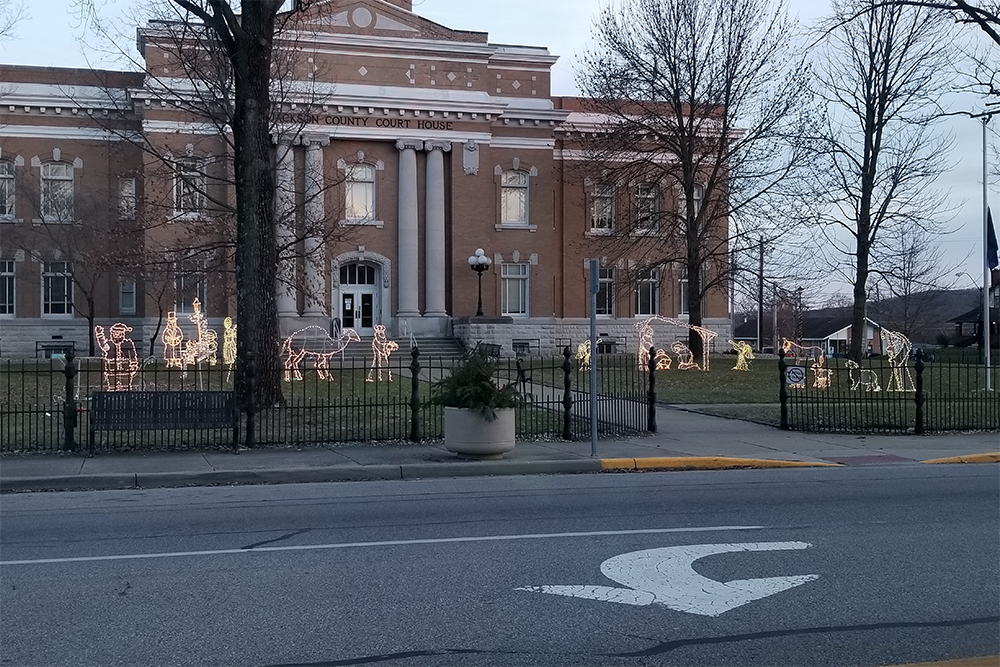 The nativity display on the Jackson County Courthouse lawn. (Filed in court with complaint)

The American Civil Liberties Union of Indiana is suing Jackson County on behalf of a resident who says a Nativity display on the courthouse lawn violates the Constitution.

The ACLU filed the lawsuit Dec. 28, shortly after a Madison, Wisconsin-based organization wrote a letter to Jackson County Commissioners asking for the Nativity display to be taken down.

According to the lawsuit complaint, resident Rebecca Woodring frequently travels to Brownstown and is "forced to come into direct and unwelcome contact with the display." It says the display is an endorsement of religious belief, which violates the Establishment Clause of the First Amendment to the U.S. Constitution.

The complaint says the county responded to the letter by placing a figure of Santa and carolers near the Nativity display.

The suit says seeing the display has caused Woodring "irreparable harm." It asks a judge to permanently bar the County from displaying a Nativity scene on the courthouse lawn and pay for Woodring's court costs.