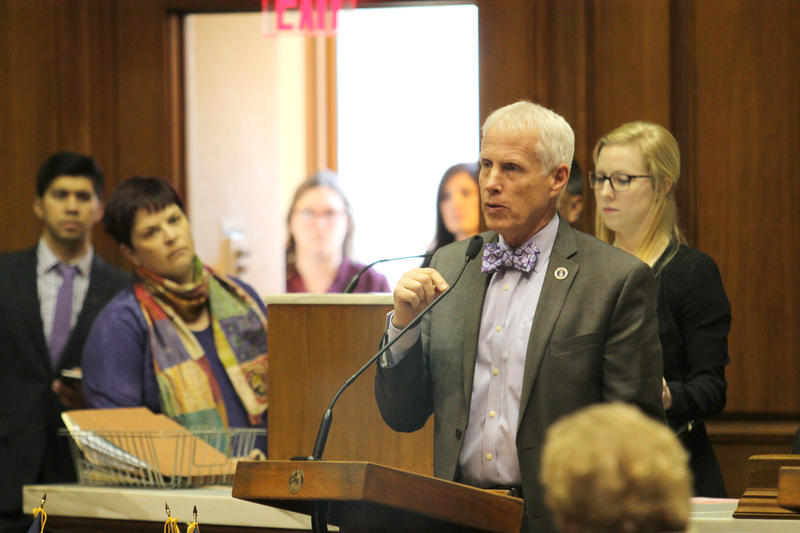 Traditional public schools might have to split their voter-approved referenda funding with nearby charter schools under a bill in the House.

House Education Committee chair Bob Behning (R-Indianapolis) is proposing a bill that would require any districts that pass funding referenda to share those dollars with local charter schools.

Behning says he wants to make charter school funding more equitable, and that charters receive about $3,000 less from the state per student than traditional public schools.

But executive director of the Indiana Association of Public School Superintendents J.T. Coopman says the bill is just another way to strap districts for cash even further, as the state tries to figure out how to boost teacher pay.

“As a matter of fact, it could have a negative effect on public schools when you have public school proponents that realize their hard work siphoned dollars away from their public schools,” he says.

According to data from the Center for Evaluation and Education Policy, more districts are successfully passing their referenda measures, but most still haven’t tried.

The bill also lowers the wait time for school districts to sell unused buildings from two years to 90 days. Combined with the referendum funding requirement, critics of the legislation say it could incentivize outside groups to move in to communities and take up more funding that would otherwise go to the local public schools.

Behning says the overarching goal of the move is to improve funding equity for charters that could in turn, positively impact entire education communities.

But Rep. Vernon Smith (D-Gary) –  who represents an area with a significantly large charter school population and a financially distressed public district – says it’s not fair for districts to share their money with competing schools, especially if charters don’t have to share their revenue from outside groups.

An estimate from the Legislative Services Agency shows Gary Community Schools would have to share more than half of a funding referendum with the area’s charters.

Legislative affairs director for the Indiana Department of Education Mike Brown, says the bill could also have a “chilling effect” on whether schools pursue referendum funding at all. He also suggested exempting school districts in financial distress, like Gary, from the referendum sharing requirement.

The committee will consider any amendments and vote on the bill next week.