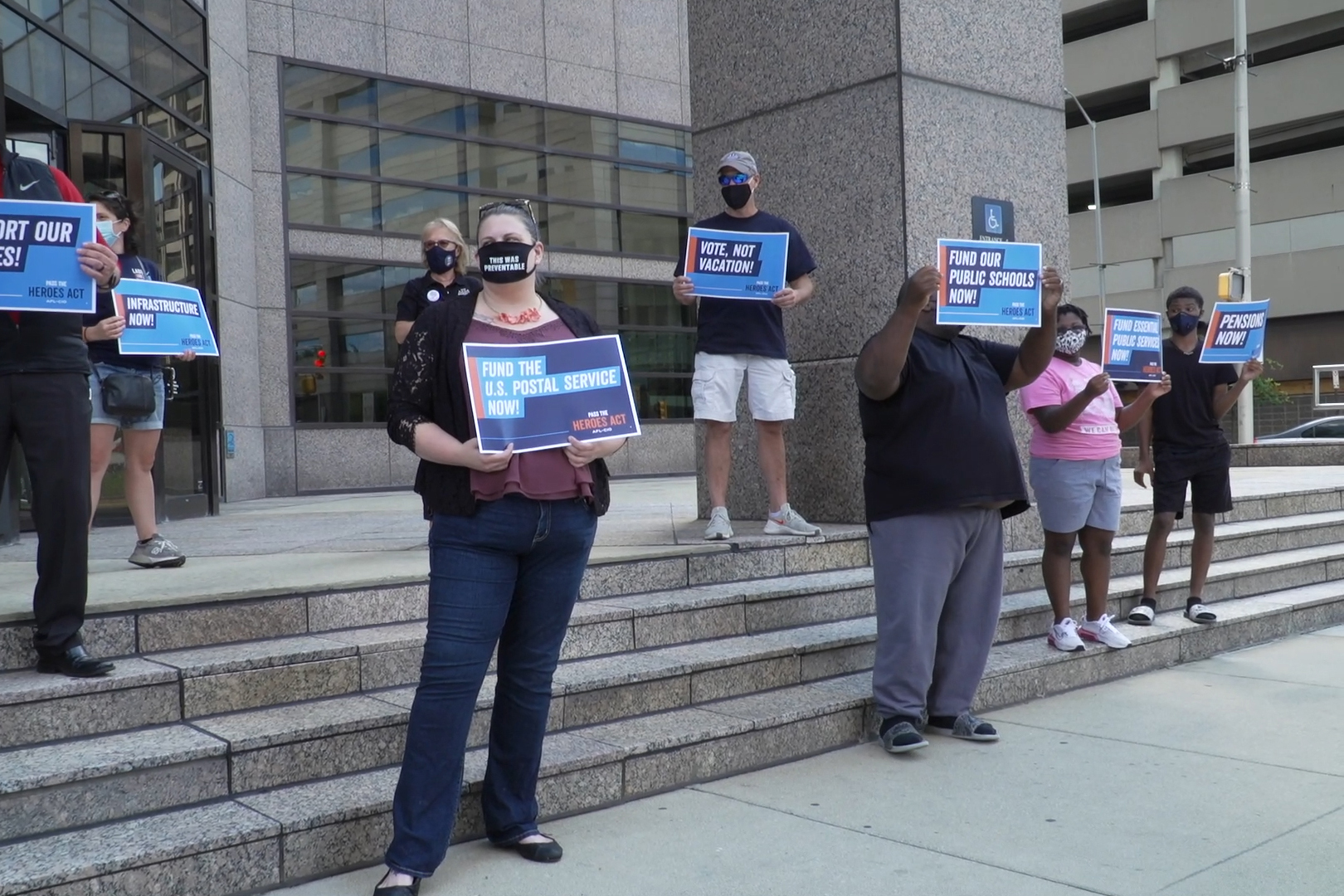 The rally began in Indianapolis in front Young’s office before moving to Braun’s.

The HEROES Act is a $3 trillion coronavirus relief bill passed by the House of Representatives. Among its provisions are a second stimulus check, hazard pay for essential workers, money to support COVID testing, and relief for state and local governments.

Young has criticized the legislation, saying relief needs to be targeted more finely.

David Bride was at the rally and is the president of the Central Indiana AFL-CIO. He says the senators need to vote for what’s best for Indiana workers, not along party lines.

“To Senator Mike Braun today and Senator Todd Young, pass the HEROES Act. Quit trying to shave it down," he says. "Take care of the workers and the people who've been affected by this."

Bride says he wants lawmakers to understand more relief is not an entitlement and that workers have been hurt by the pandemic and need help.

AFL-CIO leadership is pressing for the continuation of the extra $600 dollars in unemployment benefits. That support ended in July.