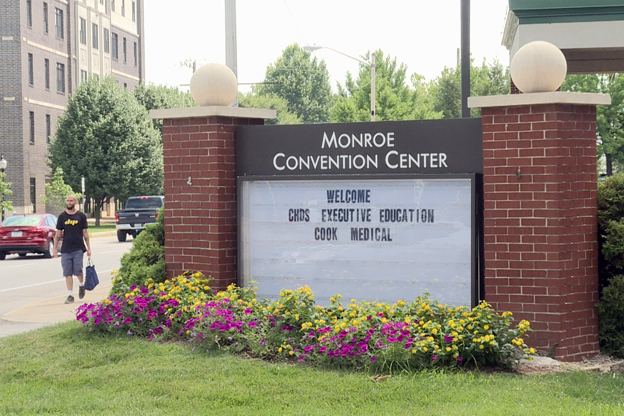 Members of the Monroe County Convention Center Steering Committee are recommending a Kansas City based architectural firm to design a long-awaited expansion of the space.

In July, seven architects interviewed with the project’s advisory board to be considered for the bid. Of the seven, four architects moved forward for a final selection round.

Committee member John Whikehart says each of the architects was capable of doing the work, but Convergence stood out to the group.

“They are a smaller architecture firm who is specialized in convention centers around the country. They were very responsive to the questions that were asked," he says.

The firm will work in partnership with Indianapolis-based Schmidt Associates on designing the project.

The decision to move forward with a convention center architect comes after a clash between the city and county temporarily halted the project. A privately-funded hotel is included in plans for the convention center expansion.

The steering committee previously recommended Sun Development as the hotel developer. In August, county commissioners accused Hamilton of violating a Memorandum of Understanding between the city and county by contacting Sun Development’s CEO and telling him he was looking for other hotel developers for the site.

The project stalled until the city and county reached a new agreement, which shifts the focus to the convention center. It’s unclear how the hotel portion of the project will move forward.

County commissioners approved a 1 percent food and beverage tax last year that will help pay for the expansion.