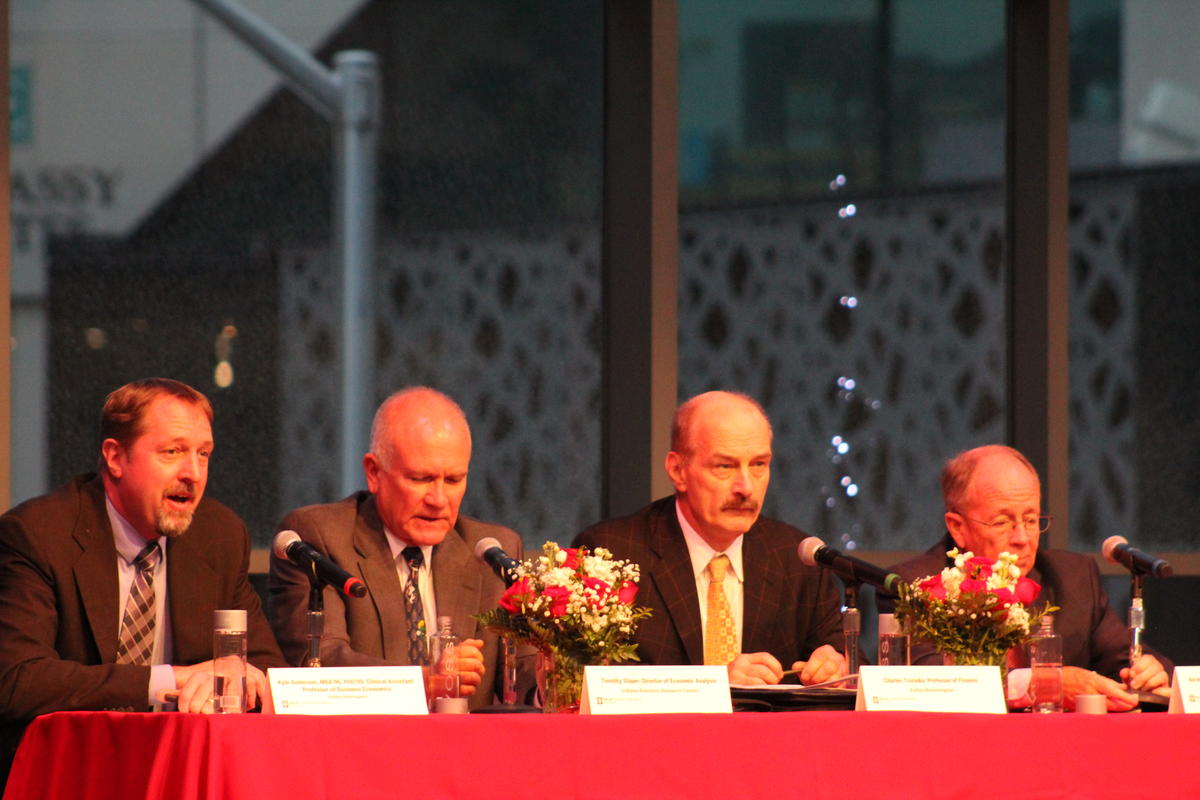 Indiana University’s Kelley School of Business economists forecast the total value of all the goods and services originating in Indiana will increase by 3.2 percent in 2019. But predicting the state’s economic future may be more difficult than usual due to tariffs and rising interest rates.

If the trade war with China persists, the Indiana Business Research Center economist Tim Slaper says it could shave 0.5 percent off the state’s gross domestic product.

“The U.S. Chamber has estimated that about a trade war would shave about $2 billion of gross state product off of our balance sheet so, or our income statement I should say,” says Slaper.

The researchers also say the state is at full employment, and they expect it to remain that way through 2019. Slaper says Indiana’s unemployment rate is lower than neighboring states.

"Our unemployment rate is the lowest of the bunch," says Slaper. "They may beat us in football, but we’re beating them in terms of unemployment rates. So what really counts there, alright."

Still, other Midwestern states that are manufacturing heavy like Indiana, such as Iowa and Wisconsin, do have better jobless rates than Indiana.

The tight labor market has meant businesses are modernizing, the panelists say. But Slaper says doesn’t see automation replacing scores of jobs in the near term.

“It didn’t start really coming into play until about 2014,” he says. “So in terms of displacing jobs with automation, it becomes a little difficult to make that, to make that case.”

“Over the long run, the participation rate in the United States is going to drop because of the underlying demographics associated with the retirement of the baby boom,” says Witte. “Over the last three or four years, we’ve seen it hold stable in the face of that downward drag, that gravity from demographics and we think that could continue for the next year.”

The annual outlook shows most of the state GDP growth taking place in the early part of next year.