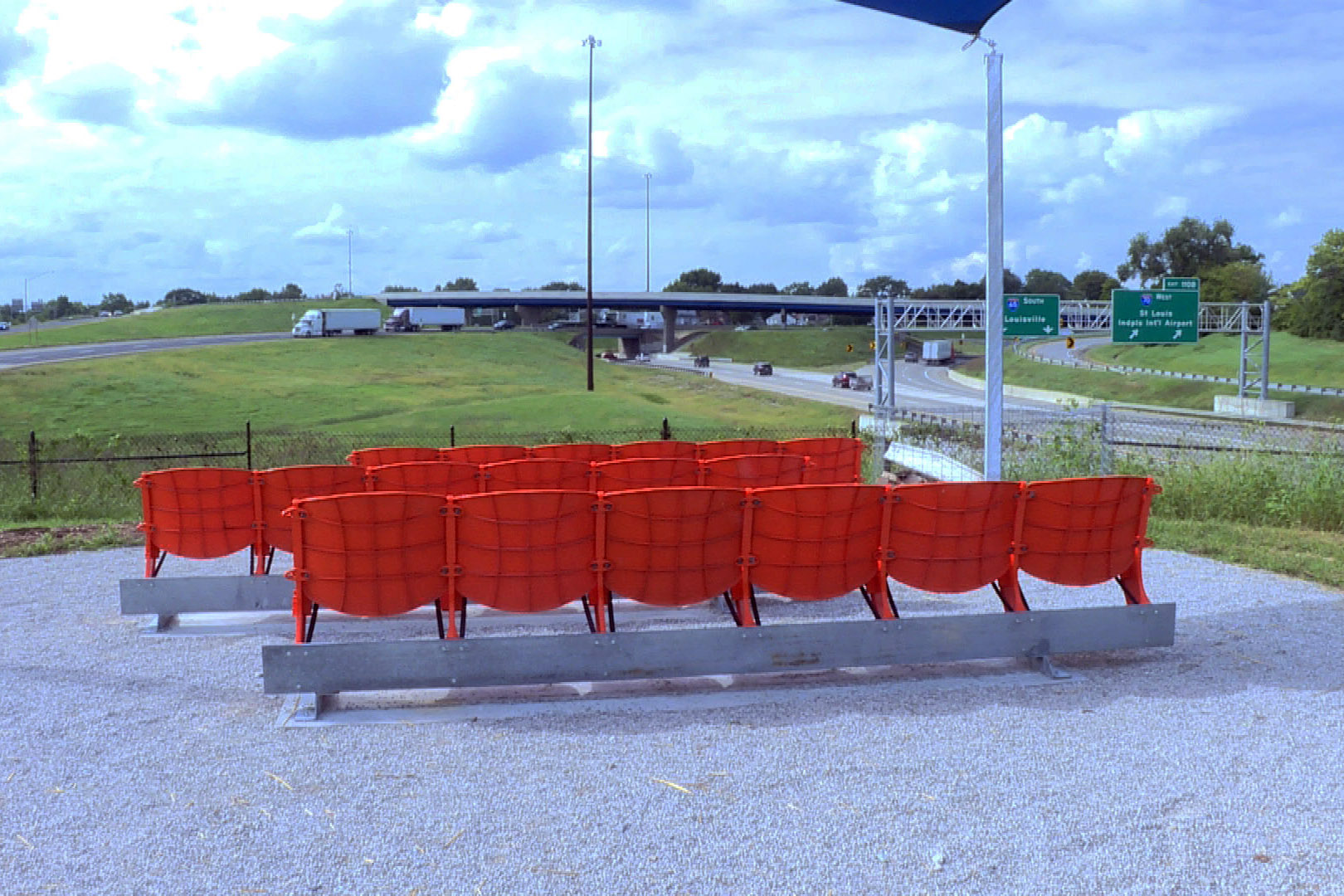 The park has stadium seats where people can sit and watch cars go by (Zach Herndon, WFIU/WTIU News).

No one likes sitting in traffic - but what about sitting and watching it go by?

That's the premise behind a new park that opened this month on Virginia Avenue in Indianapolis.

It’s called The Idle, and the park sits on a strip of land between Fletcher Place and Fountain Square, right off the cultural trail.

You take a path back to a clearing with three rows of stadium seats. They look out onto Interstates 65 and 70.

Tom Battista spearheaded the project. He says many people thought he was crazy when they heard about the idea.

"Everybody hates traffic," he says. "When you’re down in those cars and it slows down to a crawl at rush hour, you’re going ‘oh my god this sucks, I need to get home.’ But, if you’re up here on this hill watching them, it’s kind of calming."

While the park is designed for people to look out at the interstate, Battista says the goal is to help connect them with their neighors.

"Here you interact with people and you’re going to talk to them," he says. "You can’t just whisper, you have to talk loud."

Nearly 200 people donated to help fund the park. Battista says $20,000 is set aside for continued maintenance.